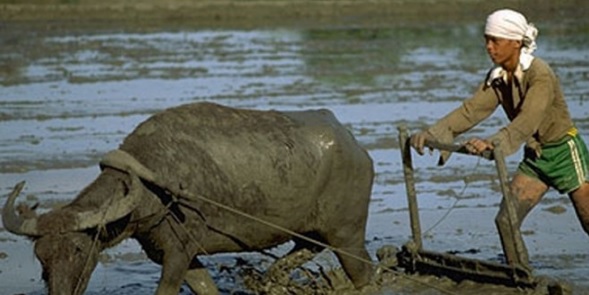 LINGAYEN, Philippines – The Province of Pangasinan is the third biggest region in the whole Philippine Archipelago. This province is located on the west central area along Lingayen Gulf in the island of Luzon. It is home to several ethnic groups, such as the Pangasinan people, Ilocanos, and Bolinao Sambal. It is also recognized as one of the most popular tourist destinations in the Philippines for its Hundred Island National Park in Alaminos, Pangasinan. This national park can be reached via a three-hour drive from Manila through Rosales or Bayambang.

Before the arrival of Spanish conquistadores in the region, the Pangasinan people were pagan worshippers. They converted to Christianity through the perseverance of Catholic missionaries. Today, around 80% of its residents are Roman Catholics, and the province is now one of the must-visit places for many devotees because of its extraordinary churches, including the miraculous Our Lady of the Holy Rosary Shrine in Manaoag.

Pangasinan is also the name of the people living in the province. They are among the eight largest Filipino ethnolinguistic groups. Their population numbers more than two million, with others living in nearby provinces, such as Tarlac and La Union. Their major source of income, especially those residents living in the coastal towns, is its rich salt beds from which the province name stems from. Pangasinan, meaning “land of salt,” was taken from the word asin meaning “salt.” Apart from salt-making, agricultural production and aquaculture are also main sources of revenue for its locals.

Before the Spanish occupation, Pangasinan was already benefiting from a booming trade between China, Japan, India, Borneo, and Arabia. A Chinese document from the 16th century mentioned Pangasinan as Feng-Shia-Shih tan, and its leaders were already trading with Sung merchants as early as 1225. Throughout the 15th century, Pangasinan speakers expand from central Tarlac up to La Union.

Pangasinan is a Southern Cordilleran language of north-central Luzon and closely related to Ibaloi, Ilongot, and Karao. According to the province’s year 2000 census, only about 43% of the people speak Pangasinan, while 47% of its population is fluent in Ilocano. Most Pangasinenses speak two or three other languages, and one-third are linguistically mixed between Pangasinan and Ilocano. Migration and linguistic pressure from other groups in the area are major factors in the decline of the Pangasinan language.

Ilocano, the third largest ethnolinguistic group in the Philippines, began migrating into Pangasinan during the 19th century. With the region’s extensive, untilled forested lands and abundant rice fields, many Ilocano families relocated to Pangasinan, and the Ilocano population quickly swelled. Eventually, Pangasinenses living in the municipalities of western and eastern Pangasinan were exceeded by Ilocanos, who have continued to surge even in dominantly Pangasinan towns.

In the last decade, Ilocano language dominated the province over Pangasinan. Ilocano became the major language used in northern Luzon. While many Pangasinenses seek out greater opportunities in other urban cities like Manila or in other countries, the transformation also compelled them to adapt to the region’s primary language. Others who migrated eventually intermarried with people outside of their groups who spoke a different language, resulting in both parties communicating in a more common lingua franca.

The decrease in number of Pangasinan speakers through the years has alarmed its advocates. Although Pangasinan is still spoken throughout the region, the spread of Ilocano and Tagalog has threatened its survival. Recently, various actions have been done by government officials as well as cultural groups to prevent the Pangasinan language from disappearing. It is now included in school curriculums and used as a primary language by all employees during flag-raising ceremonies every Monday at the Pangasinan Provincial Capitol.

Several writers who hail from the region have also expressed their concerns about the declining use of Pangasinan. Among them is novelist and National Artist for Literature Francisco Sionil Jose, whose father was an Ilocano who migrated to Pangasinan. In recent years, significant efforts in language and culture preservation have been launched, such as the inauguration of the Pangasinan and Historical and Cultural Commission (PHCC), institutionalization of Pangasinan Orthography, staging of Balitok A Tawir, Pangasinan’s official Culture and Arts Festival, and Asin Ed Asinan cultural production, as well as the publication of a history book of Pangasinan entitled Pinablin Dalin.