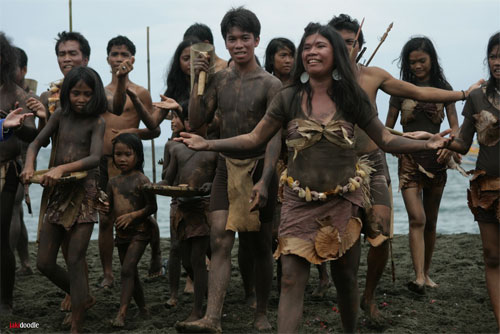 SAN JOSE DE BUENAVISTA, Philippines – The province of Antique located in the Western Visayas Region is home to the Kinaray-a or Karay-a people. It is one of the five provinces comprising Region VI. Antique is bounded by the rugged central mountains of Panay, as well as the provinces of Capiz on the east, Aklan in the northeast, Iloilo in the southeast, and finally, the Sulu Sea on the west. Antique can be reached via land travel from Iloilo or Aklan, where Boracay Island, the Philippines’ most famous beach destination, is located.

Antique is one of the most unexplored provinces by many travelers and is often overlooked as an excellent out of town destination. Its clear waters, secluded beaches, and hidden rice terraces and waterfalls are just some of Antique’s little-known charms. It is also home to the world’s largest flower, Rafflesia speciosa, known as the corpse flower, that was discovered in 2002 in Sibalom Natural Park. Antique is also renowned for its annual celebration of Binirayan Festival in December.

The name “Kinaray-a” refers to both the ethnic group and their language that are concentrated in the provinces of Antique and Iloilo. It is derived from the word iraya meaning “upstream” and known as “the language of the sacada and the muchacho” (Ani 19:12). This is because many residents from Antique work as sacadas or laborers in the haciendas in the province of Negros Occidental, a major sugar producer renowned for its sugarcane fields.

The Kinaray-a population are dispersed in certain portions of Capiz, Aklan, Guimaras, and Palawan. Being the poorest province in the island of Panay, Antique has a high rate of emigration.  A large number of Kinaray-a relocated to Mindanao in the 1940s and later established well-heeled communities and achieved great prosperity with their lands. Farming and fishing are the main source of livelihood for most families, and the province is among the top producers of rice, bangus or milkfish, sugar and other agricultural products.

Dominance of Hiligaynon over Kinaray-a Language

Many of the “old rich” families or hacienderos living in Negros hailed from the lowlands of Iloilo and migrated during the boom of the sugar industry, who eventually became owners of huge sugar plantations called azucareras. Thus, Hiligaynon was associated with the affluent clans during the Spanish and American periods because it is the language spoken by the ruling classes in the province. By contrast, most of the farm workers or sacadas were people from Antique who are speakers of Kinaray-a.

Since Hiligaynon developed as the lingua franca and adopted as the language of businesses in Panay, most Kinaraya-a speakers and writers were forced to use Hiligaynon. Although there is an ample number of written Kinaray-a literature in the last decades, majority of those works were unpublished and hard to find. Even the authenticity of Kinaray-a speakers is questionable, as the Kinaray-a have been grouped with Hiligaynon. While the two languages have many similarities, they are distinct in several ways such as the usage of letter “r” in Kinaray-a, which is replaced with “l” in Hiligaynon. Hence, the word harigi (meaning “post”) in Kinaray-a is haligi in Hiligaynon language.

Most Antiqueños adopted Hiligaynon until the late Evelio Javier became governor of the province and revived the Kinaray-a language. He encouraged the locals to discover the richness of the Kinaray-a culture as well to speak the language regularly. It was also through his efforts that the Binirayan Festival was born, which is now one of the well-known festivals in the Philippines. It reenacts the arrival and settlement of the 10 Bornean datus in the year 1240 in Barangay Malandog, Hamtic, Antique.

Another brilliant initiative from the people of Antique that speak Kinaray-a is creating a private non-stock, non-profit organization called Dungug Kinaray-a. Its mission is to constantly promote, gather, and preserve Kinaray-a literature by consistently speaking and writing in the language. Nowadays, written Kinaray-a works of literature are easily accessible to everyone. Thus, Kinaray-a writers and talents have become more widely known.