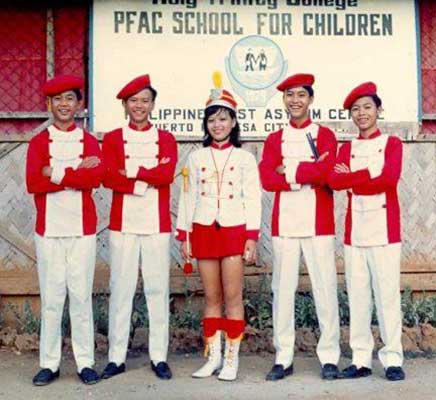 PUERTO PRINCESA, Philippines – Filipinos are known to be hospitable by nature. In fact, the country has long been lauded for its strong humanitarian tradition of providing sanctuary to thousands of refugees. Viet Ville located in Puerto Princesa was once home to the Vietnamese “boat people” who escaped after the Vietnam War ended in the 1970s. They are among the nine waves of refugees who have made the Philippines their home. How did the Vietnamese thrive and make a new life in the islands?

Puerto Princesa is the capital of the island province of Palawan in the MIMAROPA region and is considered one of the most beautiful islands in the world. It is famous for its turquoise sea, white-sand beaches, and astonishing limestone rock formations. For over two decades, it gave shelter to hundreds of Vietnamese refugees fleeing after the fall of Saigon. Relations between the two countries started centuries ago, prior to the arrival of the Europeans. So when almost 800,000 Vietnamese refugees fled their country and needed somewhere to go, the Philippines was quick to admit them.

An estimated 2 million Vietnamese left their country between 1975 and 1995. Among them are the so-called boat people who fled Vietnam by boat. Southeast Asian countries, such as British Hong Kong, Malaysia, Thailand, Singapore, Indonesia, and the Philippines were among their first destinations. According to reports, a number of boats were docked on the shores of the northern Philippines. These boat people were originally retrieved by fishermen and families residing along the coasts of Bataan.

In 1997, a 13-hectare village in Santa Lourdes, Puerto Princesa known as “Viet Ville” was inaugurated. It consisted of 200 cottages and housed almost 2,000 Vietnamese refugees. The thriving community is complete with its own restaurant, markets, shops, as well as a Catholic chapel and Buddhist pagoda. The restaurant, which also bears the village’s name, is still famous among locals and tourists for its delectable rice noodles and spring rolls. Furthermore, this historical circumstance paved way for people to learn more about Vietnamese culture and cuisine.

New Beginnings in the Promised Land

For more than two decades, the Daughters of Charity of St. Vincent de Paul along with the local government provided legal support and social services to the people of Viet Ville. They helped the community transition smoothly to their new life and conducted vocational trainings. Eventually, the government aid for Viet Ville stopped and between 2005 and 2006, many of them permanently resettled abroad in countries like the United States, Australia, and Canada. Others were repatriated back to Vietnam while some remained and married local Filipinos.

Many of those who stayed behind left the village and moved closer to the business centers where they either worked or owned a business. Over the years, the village houses were left to rot and only five families reportedly remain today. Two are original refugees who already have their own families while the others were second-generation or are Vietnamese nationals who married Filipinos. Nowadays, Vietnamese restaurants with competitive prices are commonplace in Puerto Princesa.

The Vietnamese–Filipinos regard Palawan as their native land and are proud to be called Filipinos. At present, Viet Ville has a diminishing population and at risk of disappearing as the area around it is now bursting with commercial establishments and hotels. The village and the restaurant still exist as a tourist attraction in the island and is a short drive from the town.