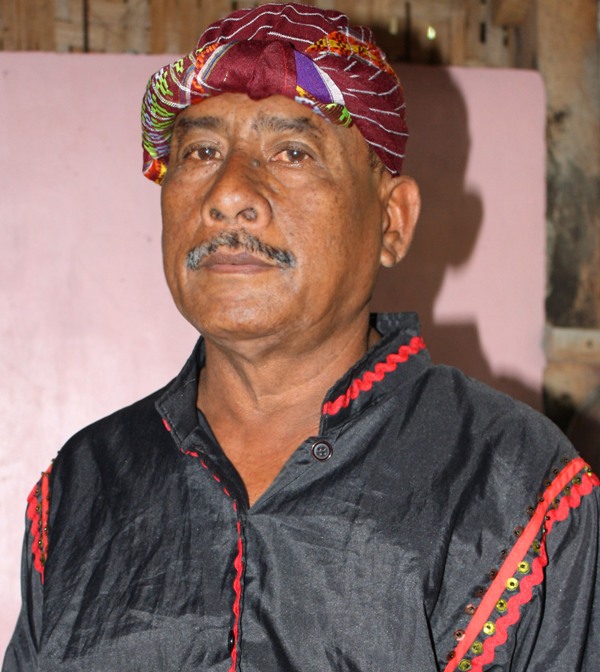 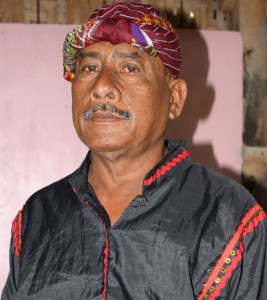 QUEZON CITY, Philippines – Datu Alfonso Velasco San Juan is one of the many tribal chiefs who are striving to preserve the culture and traditions of the Sama tribe in the Island Garden City of Samal. The tribal leaders are pushing to protect the indigenous people — more than 20,000 — scattered in the 46 barangays of the island.

Datu Alfonso is married to a Visayan, and the couple lives in Barangay Tagdaliao. A 6th generation Sama, he was steeped in culture by his parents during his growing up years. Although he was raised as a Catholic, Datu Alfonso admits that his system of beliefs is a blend of the indigenous and Catholic religions. As a child, he would watch the adults perform rituals. An example was a prayer called panawagtawag[1], wherein a babaylan[2] danced to ask for an anito’s[3] intervention. This rite is still practiced today, especially during the Pangapog Festival.

In the recent past, many young Sama have adopted Visayan as their main language to avoid the discrimination directed at indigenous people. But things are slowly starting to change: the government and tribal communities have pooled their efforts at preserving indigenous traditions. According to the tribal chief, children are now able converse in Visayan and Sama languages. When delivering speeches in his tribal community, Datu Alfonso uses the Sama language so that children may learn and use it. He hopes that this will create lasting awareness among them.

Datu Alfonso meets with the Datus of the other barangays to discuss ways of inculcating the beautiful Sama culture, values, and spiritual practices in the succeeding generations. In fact, he has helped established an organization to preserve and promote their ethnic and cultural traditions. He is optimistic that by passing down his knowledge to the younger generations, he will help prevent his tribe’s extinction.

[2] Babaylan: A Visayan term which means a pagan priest, priestess, or medium.