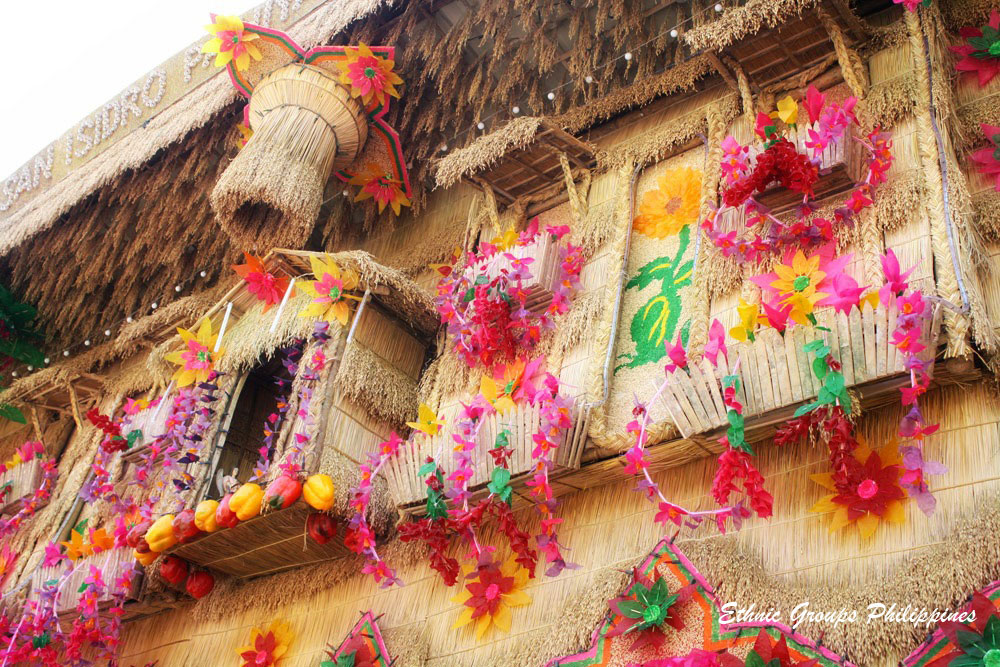 QUEZON CITY, Philippines – Lucban is a typical quiet town at the foot of Mount Banahaw in the province of Quezon, where farming is the main source of livelihood for many locals. Every 15th of May, the town’s houses come alive, as the people artistically adorn them with vibrant varieties of agricultural produce.

Pahiyas was derived from the word payas, which means “decoration.” The Pahiyas Festival, believed to have been observed since the 16th century, honors the feast of San Isidro Labrador (St. Isidore the Laborer), the patron saint of farmers and laborers. It was during the Spanish colonization that the Filipinos were introduced to the Mexican practice of venerating San Isidro.

For the fiesta, Lucbanons (people from Lucban) deck their houses with their finest crops (fruits and vegetables), kiping (rice wafer), hats, baskets, and papier-mâché. Food offerings are also lavishly displayed outside each home. During the religious procession, a priest blesses the harvest. The ritual is supposed to ensure another abundant harvest the following season.

The kiping, an essential part of the celebration that has come to symbolize Pahiyas, are rice wafers dyed in different colors, often arranged in three-layered chandeliers called aranya. The wafers are made of ground rice, water, and sugar; they are shaped into flowers or leaves and are sometimes seasoned with cocoa, coffee, and banana leaves. Kiping is also processed into chips and given as a treat to spectators after the festival.

One of the most anticipated events of the festivity is the procession, where the images of San Isidro Labrador and his wife, Sta. Maria de la Cabeza, are carried about town by devotees. There are also cultural shows, arts, and handicrafts exhibits. After the procession comes a grand feast to culminate the celebration.

Must-try food offerings of Lucban are the “longanisang Lucban” (locally made sausage) and “pancit habhab,” which is made of rice flour and is served on and eaten straight from a piece of banana leaf. Kiping is also sold in different sizes and can be bought in sets. Meanwhile, Kamay ni Hesus, a five-hectare shrine founded in 1998 by Fr. Joseph Ayala Faller, is famous for its healing masses.