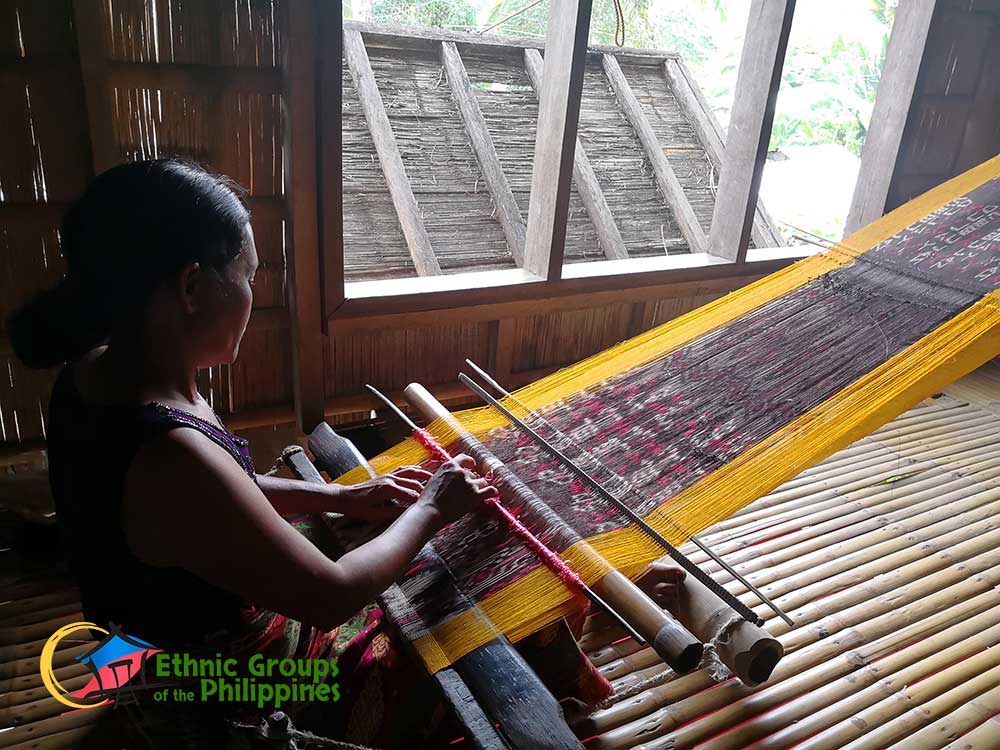 MANILA, Philippines – Culture, language, and tradition come together as distinct representations of a people’s community and heritage. In the Philippines, various ethnic groups have continued to pass on their ancestors’ beliefs and practices to their people. Each community keeps its indigenous culture alive through different means.

However, many cultural practices need attention for proper preservation, and there have been several efforts made in this direction. One good result of this continuous effort is that one of the many ethnic practices is coming back into the present-day consciousness. For instance, many younger Filipinos all over the country are now taking a step back to see and experience the beauty of the Philippine indigenous weaving tradition.

The vibrant patterns and the intricate labor in creating ethnic textiles date back to almost a thousand years ago. Across the Philippine archipelago, numerous indigenous communities have their own distinct weaving traditions. Let us take a look at some of these textile-making practices and further understand their connection to the people.

Weaving has been an art form and an expression of one’s indigenous heritage. A closer look at different Philippine textiles will show a glimpse into the lives of the people who made them. Each thread used and every pattern made come together to show a rich and unique ethnic background. Many indigenous members wish to pass on these distinct practices to their children.

Notable examples of textiles to examine are those from the Yakan, T’boli, Maranao, Blaan, Maguindanaon, and Tausug ethnic groups.

It is remarkable how the patterns in these textiles show a visual representation of the natural landscapes. The ancestral lands of the Philippine ethnic communities have great importance to these indigenous peoples, such as those seen in the Yakan fabrics; while other groups like the T’boli believe that the patterns of their textiles are from their ancestors who pass those ideas through dreams. This is why their cloth is used essentially for significant life events, such as birth, marriage, and death. Some of the elements in other textiles symbolize a certain status in the community or that of a deity that they believe in.

Some examples of symbols and patterns used in local textiles are the binanniya (lizard symbol used by the kadangyans or the rich/high-status people) and binituwon (stars that represent the children of the sun and moon, which women believe help ease their child-bearing experience) of the Ifugaos. Then there are also the kusikus (whirlpool) of the Maranao, believed to shield people from furious winds, and the sarimanok, a mythical bird thought to bring good fortune.

Another distinct element in the Filipino local weaving tradition is the use of fibers that are naturally grown and readily available in their regions, such as pineapple fiber, abaca fiber, and even silk. Such observation can lead to further studies on how the overall lifestyle of an indigenous tribe relates to the creation of their textiles.

Philippine indigenous textiles have become more accessible to people outside of the indigenous communities through social media platforms. It is an opportunity to start and continue the discussions about the country’s ethnic communities. However, this modern engagement also opens up a concern.

The distinct features, symbols, and sacred communal practices connected to the ethnic textile patterns are now vulnerable to cultural appropriation. There is a need to bridge the gap of information of the modern-day audience so that the message and the history behind the indigenous weaving practices are still observed appropriately. Still, it is a hopeful step in further engaging the Filipinos into better understanding indigenous cultures and lifestyles through their textiles.