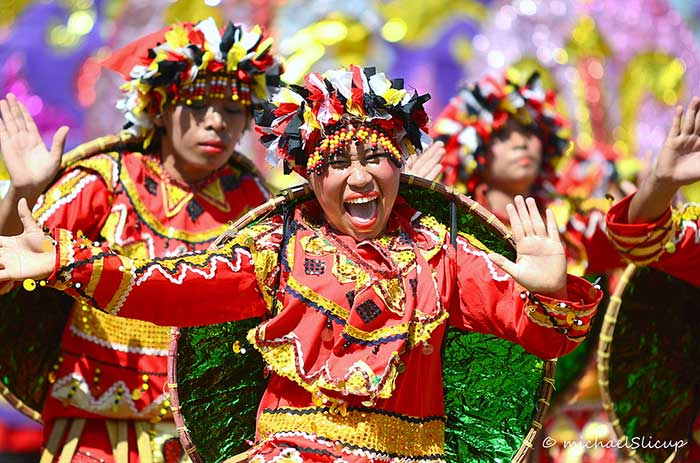 TANDAG CITY, Philippines – When one mentions the Hinatuan Enchanted River or Tinuy-an Falls in Mindanao, chances are Filipinos and even tourists recognize them as the top attractions in the region. Unknown to many, the area they’re located in is home to the ethnic group called Kamayo, who are believed to be the descendants of the Manobos and the Mandayas. Since there is not much information written about them, scholars and researchers have been eager to discover more about the Kamayo people in the last few years.

The CARAGA region has an estimated population of more than half a million indigenous peoples. One of them is the Kamayo ethnic group, inhabiting the province of Surigao del Sur on the eastern coast of Mindanao. The name Kamayo refers to both the ethnic group and their language. It comes from the word kamayo, a plural word meaning “yours.” Native speakers can be found in the city of Bislig and in the municipalities of San Agustin and Marihatag. A dispersed population is also found in the province of Davao Oriental, particularly in the municipalities of Baganga and Cateel.

Academics consider the Kamayo as a subgroup of the Mandayas, who, according to Miguel Sadera-Maso, are considered by the non-Christians as the oldest and most illustrious of the peoples. The Mandayas occupy a sizeable portion of Davao Oriental that extends up to certain towns of Surigao del Sur. Studies have indicated that those Mandayas living in the latter territory converted to Christianity during the peak of Spanish occupation of the Philippines, eventually leading them to cease practicing the entirety of their ethnic culture. Ultimately, their descendants came to be known as the Kamayo.

There are a few languages spoken in the province of Surigao del Sur, including Surigaonon, Cebuano, and Kamayo. The Kamayo language is also known as Kinamayo, used by the majority of people inhabiting the mid-eastern part of Mindanao. It is linguistically related to the Butuanon and Tausug, which belong to the Meso and Central Philippine language families. According to Summer Institute of Linguistics (SIL) International, Kinamayo has several distinct varieties, but speakers of different varieties can easily understand each other, especially between the areas of Marihatag (Surigao del Sur) and Cateel (Davao Oriental).

Many of the Kamayo are bilinguals and shift to using Cebuano for formal interactions or with outsiders who are not Kamayo speakers. Unfortunately, there are very few studies on the Kamayo language, and there is no known recorded body of their native literature. Another challenge for the survival of the Kamayo language are the younger generations, who study and work in other regions and are more comfortable using their newly acquired languages like other ethnic groups in the country.

The modern Kamayo language is described as heavily loaning words from Bisaya and Tagalog and mostly spoken by the descendants of the many waves of immigrants from the Visayas and Luzon who settled in the region during the last century. Hopefully, more can be done to help promote the Kamayos’ culture and traditions as well as their language to help inspire the community to nurture and keep their traditions and language alive for as long as possible for the future generations.