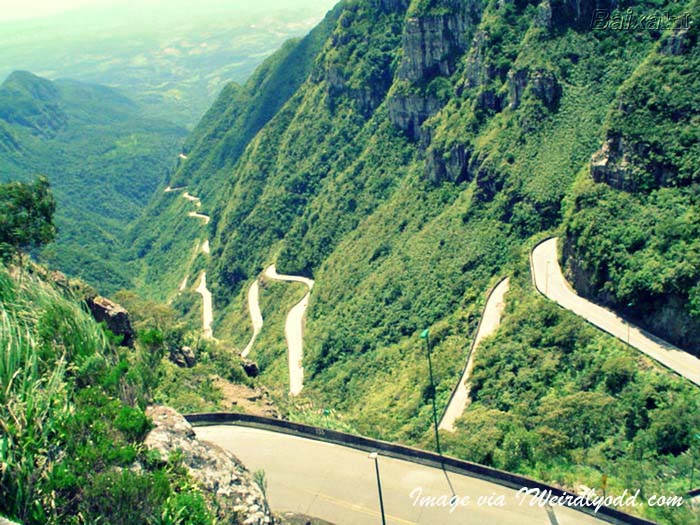 QUEZON CITY, Philippines – The sheer, rugged Cordilleras* flaunt one of the most breathtaking views in the island of Luzon: lush green trees, a winding river, peaks enveloped in clouds, and vigorous vegetation everywhere. The uplanders you meet lead simple lives, but nevertheless lend fascinating accents to the landscape.

A scenic ride awaits travelers en route from Baguio to Bontoc along Halsema Highway, highest highway system in the Philippines and oldest in the Cordilleras. Farther up to Sagada, however, the road gets rather bumpy. Halsema connects Baguio City and the provinces that comprise the Cordillera Administrative Region.

Halsema Highway, also known as the Baguio-Bontoc road, is 150 kilometers long; the distance from Bontoc to Sagada is another 29 km, bringing the total length to 179 km. The highest section of the road is 7,400 feet above sea level in Atok, Benguet. Halsema used to be one of the most dangerous highways because of poor maintenance and the lack of safety rails. Numerous accidents have occurred through the years, all too often fatal.

Eusebius Julius Halsema, an engineer, began building the road in 1922, which took eight years to complete. The highway, named after him, was finally opened in 1930. Halsema was born in Ohio, USA, on March 12, 1882. He arrived in the Philippines in 1908 to work as a civil engineer for the Philippine Bureau of Public works, known today as the Department of Public Works and Highways. He was stationed at different parts of the country, particularly Cebu, Pampanga, and Zamboanga. In 1920, the Governor-General appointed him to concurrent positions: mayor of Baguio City, a position he held for 17 years (February 7, 1920 to May 31, 1937); city engineer; and district engineer of Benguet. Halsema and his family lived in Baguio for 25 years.

With the help of the locals, Halsema began building the “Mountain Trail” barely two years into his mayoralty. Originally, the “road” was merely a foot trail between Bontoc and Mt. Data in Bauko, Mt. Province. Today, the highway passes through La Trinidad, Tublay, Atok, Buguias, Bauko, and Bontoc — the only road linking Baguio with the interior towns of the Cordillera region. Farmers use it regularly to deliver tons of vegetables to various traders in nearby areas such as Baguio and even as far as Metro Manila.

After years of rehabilitation and expansion, almost the whole length of Halsema Highway is now paved, extending as far as Tabuk in Kalinga. Today, the trip is much more comfortable, and the travel time between Baguio and Bontoc has been slashed from seven hours to five hours. Accidents have also been significantly reduced, thanks to the installation of road signs and markings that guide drivers through tight curves. Mesh wire screens were also set up to protect areas that are prone to landslides during the rainy season.

The government’s efforts to improve Halsema have boosted the region’s economic development. For one thing, many locals were hired during the roadwork. Commerce flowed more smoothly on the improved road, and farmers could now count on the quicker delivery of their goods. Tourism has accelerated as well since the opening in 2010 of many previously inaccessible roads. From its humble beginnings as a mountain trail in the early 1900s, Halsema has grown into the main artery of the Cordillera road system.