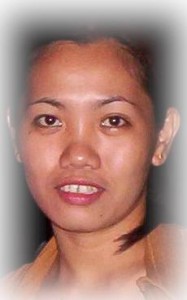 Yogad is one of the smallest minority groups in the province of Isabela. They are an indigenous community that speaks a distinct language that swims together with numerous other Filipino languages that have puzzled many other researchers. Here are some of the most common points to better understand the Yogad people.

The Yogad communities are located mainly in Echague within the Isabela province. Aside from that, however, they are scattered in other areas in Isabela: Angadanan, Camaras, Santiago, and Jones. Similar to the rest of the region, the locations where the Yogad settle thrive in terms of agriculture. Also, the local members are active in keeping their community values and beliefs intact. However, as modernity comes into play, the people are beginning to experience the struggles of preserving their indigenous practices.

A distinct feature of the Yogad indigenous group is their language. It is also one of the most vulnerable aspects of the indigenous people’s lives. The Yogad are Filipinos who speak an Austronesian language recognized as one of the five dialects of Ga’dang, with the others being Gaddang proper, Maddukayang, Katalangan, and Iraya. But what exactly is the Ga’dang? It is the language spoken in the area of northern Luzon. Many neighboring provinces use this language. Specifically, Ga’dang is used in Tabuk, Kalinga, Paracelis, Mountain Province, and Potia, Ifugao.

Even though the Yogad language share this particular linguistic lineage, it is classified by the Expanded Graded Intergenerational Disruption Scale (EGIDS) as Level 6b (threatened or vulnerable). Why is it a Level 6b? This is because the Yogad language still used within the communities remains in oral form. Also, the language speakers are less likely to pass on this knowledge to the younger generation. This means that the Yogad native speakers are getting older each day with no one to keep the language alive for it to thrive in the younger generations within the communities.

Another threat to the continuity of the Yogad language use is that historically, the indigenous people merged with the Christian Ilocano-Ibanag groups in the Cagayan Valley lowlands. In this case, the members are more exposed to the use of Ilocano within and outside their localities. Further, the Yogad uses Ilocano within their education system. As this causes additional worries in keeping the indigenous language intact and alive, there are efforts made to introduce the Yogad language to the Department of Education’s Mother Tongue-Based Multilingual Language Education (MLE) program.

There have been numerous academic studies made in better understanding the use of the Yogad language and its people.

Even if the Yogad people are the smallest indigenous group in the region, their customs and beliefs give a rich view of the past. They are people who love music and dances, which they showcase during special celebrations, such as the Tilamsikan Festival in Isabela. Despite the seemingly bright interests in music and arts, the Yogad are warriors who defended their community from conquerors such as the Spaniards.

Even with these records and continuous attempts in further studying the Yogad people, the recommendations remain the same among various academic studies. There has been a call for proper language documentation and the creation of instructional materials that would be accessible to the school system. Such recommendations assure that the Yogad language will continue to thrive and be an active language that the indigenous Yogad could be pass on to the next generations.