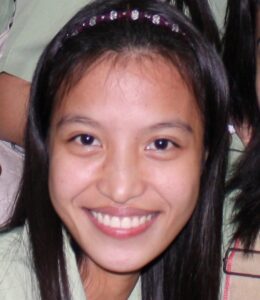 Ternateño, also called Ternate Chavacano and Bahra, is the language spoken by many locals in Ternate Cavite. It is one of the six variants of the Spanish-based creole language Chavacano and the earliest of its variants. It is a mix of Tagalog and Spanish language, inferred to have been a result of the natives in the past combining both Spanish and Tagalog languages in their attempt to communicate with the Spaniards during the Spanish rule. In particular, Ternate Chavacano is spoken by roughly 3,000 Ternateños out of the total 20,500 inhabitants of Cavite, and on a wider scale, out of all the 700,000 Chavacano speakers.

The remaining five Chavacano variants are Caviteño, Cotabateño, Davaoeño, Ermiteño, and Zamboangueño. All the six Chavacano varieties are mutually intelligible by their speakers, especially the ones spoken between neighboring Chavacano groups. They do differ in some aspects of their lexical structures such as their vocabulary. In addition, Chavacano is the only creole of Spanish origins in Asia and the only language in the Philippines that is not under the Austronesian family. Still, like other Malayo-Polynesian languages, it can be spoken with reduplication.

As for the origin of the term Chavacano, the Spanish in the past coined it to mean “poor taste” or “vulgar.” However, at present, it no longer carries derogatory connotations to contemporary speakers, having already lost its original Spanish meaning.

In the past, the island of Ternate in the Moluccas was a central location for the spice trade between the Portuguese, the Dutch, and the Spanish. Then, around the 1660s, some Spanish militants evacuated their battalion in Ternate to Manila and were displaced by a group of local Christians called mardikas. Having settled on the shores of the Manila Bay, in the latter half of the 17th century, new Ternates were born from the mardikas that have a mix of Spanish and Filipino descent. However, it is important to note that this version of history is only one plausible explanation as to the formation of the Ternate Chavacano variant in Cavite. This is due mainly to the absence of precise records in history that could tell how the six Chavacano variants–Ternateño included–were formed.

Little is known about the social history of the Ternateños in the 18th and 19th centuries; that is, until 1924 when the language was documented for the first time in a folktales collection by T. Tirona.

The Use of Ternate Chavacano Today

Ternateño locals prefer to call their language, as well as their municipality, Bahra, so in terms of usage, the name Bahra is used mostly locally. Today, the language has already become a second language as a consequence of modernization, spoken primarily at home and in the neighborhood. English and Tagalog languages are more significantly used in school, in the media, and in the entire Cavite region. What’s more, young Chavacano speakers have currently already assimilated English and Tagalog with their local Ternate Chavacano language.

Some measures are being made to promote the use of Ternateno Chavacano in the modern age. One such action is by developing more Ternateño Chavacano resource materials for Bahra people to easily access.