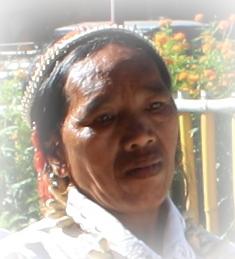 The Binukid ethnolinguistic group lives in Bukidnon north-central Mindanao, southern Bukidnon, northeastern Cotabato, and Agusan del Sur. The language is related to Cinamiguin and Cagayano — the first branch in the family tree of Manobo languages within the Malayo-Polynesian language category. The term “Bukidnon” is a Visayan word that means “people of the mountains.”

The Binukid language is slowly disappearing since many of the natives have intermarried with the other groups that migrated to the area, and their children have grown up speaking Cebuano-Bisayan, the province’s lingua franca today. In fact, the majority of Bukidnons already use Cebuano-Bisayan as their mother tongue; only 13% still use Binukid. Binukid speakers mainly live in small barangays in the northern municipalities.