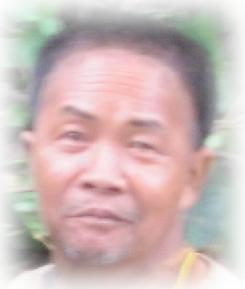 The peaceful, modest, and usually shy Bangon tribesmen dwell mostly along the Binagaw River, as well as in the municipalities of Bansud, Bongabong, and Gloria in Oriental Mindoro. They are one of the eight Mangyan tribes, and they have their own language, customs, as well as writing system. They make their living mostly by gathering crops such as bananas, or root crops such as taro, cassava, and ginger.

A Former Subgroup of Tawbuid

In the past, Bangon used to be considered a subgroup within the Tawbuid group. This is because the two groups share similarities with their languages, particularly the use of the /f/ phoneme. Previously, The Bangons were said to speak the western dialect of the Tawbuid language. Now, they are considered separate languages. Interestingly, only a few Bangons can understand the country’s national language Filipino.

On March 28, 1996, a meeting was held in Ogom Liguma with the Buhid Mangyans and the Bangon Mangyans. During this meeting, the Bangon Mangyans asserted that their culture, language, and writing systems are different from the other Mangyan tribes. This is when the name “Bangon” for their tribe was finally accepted, and they became the 7th Mangyan group at the time. Today, the Mangyans are composed of a total of eight tribes, with their population all over the island of Mindoro estimated to be 280,000 people.

Like the other Mangyan groups, the Bangon tribe has long stayed in the rural areas of Mindoro dating back to pre-historic times. They are generally reserved, peaceful people, and they are shy around lowlanders, which are personality traits that all Mangyan tribesmen seem to possess. This is in stark contrast with other tribesmen in the country that are known to be brave warriors or fierce fighters.

The Bangon tribe live a simple and quiet life in their settlements, far from civilization. Therefore, they usually use herbal medicine to treat their illnesses or wounds. This is why in some recent outreach programs, it became a priority for medical doctors to visit the tribe to conduct check-ups and to assist them in their medical needs.

The Bangons are not very familiar with Christianity or other religions. Instead, like all the Mangyan tribes, Bangons practice animism and believe in their deities and spiritual beings. They also have no concept of heaven, hell, the Holy Spirit, and souls.

A unique recreational item that they normally carry with them is the kwako, which is a clay pipe used for smoking tobacco.

The Bangon used to wear traditional clothing similar to that of the Tabon people. Presently, however, they wear modern attire, such as T-shirts and jeans.