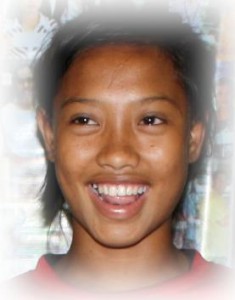 A group of people belonging to the larger Sama-Badjaos and dispersed throughout the Sulu-Mindanao region is the Balangingi group, also called Sama Banguingui or Samal Banguingui. As Sama-Badjaos, Balangingis are a maritime people, and they build houses along the shorelines and over the sea. They also get their primary needs through fishing.

The Balangingi families live close to one another. Their houses are linked through narrow bridges with each cluster being called tumpuk. Their women are great weavers of mats and makers of pottery, while their men are mostly fishermen, boat builders, and ironworkers. In terms of music, they have several renowned traditional dances that go hand in hand with their percussion and xylophone music. They are also celebrated for their woodcarvings.

Influenced by Other Languages

As part of the larger Sama-Badjaos, Balangingis speak a variant of their main group’s language. Having the same name as their group’s name, the Balangingi language is greatly influenced by the Chavacano and Tausug languages. Furthermore, with most of their population being Muslims, the Arabic language is also widely understood within their group.

The Balangingi language has approximately 100,000 speakers. It has both oral and written traditions, with the oral traditions having been handed down from person to person like with most rural ethnic groups in the country. In the Balangingis’ case, these poems and stories are passed down from their kamattoahan (their elders) to their kaanakan or anak baha-u (new generations). Unfortunately, as for their written language, the culture of using their Jawi script is already fast becoming a dying Balangingi tradition.

The tumpuk of Balangingi build their kuta or forts throughout the Sulu archipelagos. Similar to their cousins, the Sama-Badjaos, most Balangingis live the life of seafarers, sailing various ships such as the vinta, salisipan, or bangka-bangka in the Sulu-Sulawesi region.

As for the people themselves, some notable Balangingis that make up their history, as well their cultural identity include Maas Alidji, who was famous during the battle in Brunei Bay; Maas Arolas Tulawie, whose patriarchal political career resulted in furthering the Tulawie Clan’s hold of governance in the Province of Sulu, and whose descendants were also political leaders in the past; Imam Jai Dionga, the first cousin of Maas Arolas Tulawie, who has been a barrio captain for more than three decades in Tawi-Tawi, a onetime Vice Mayor in Balimbing (now called Panglima Sugala), and most importantly, a respected figure by the Tausug, Bajau, and Sama people; and lastly, Panglima Alip, who was the progenitor of the Tulawie clan and the 19th-century overlord of Tongkil.

Spirits of the Dead

With the majority of Balangingis being Sunni Mulisms, their belief system and way of life follow the traditional Islam teachings. Their imams or Islamic leaders and other mosque officials are the ones in charge of important ceremonies and religious counseling in their community. These people are called paki or pakil.

Uniquely, Balingingis’ beliefs also include the way they view the spirits of the dead. They believe that the spirits remain in the vicinity of their graves and so they require continual expressions of concern from the living to be at peace. They also believe that graves are sources of miracle-working power. They believe that God permits the soul of the dead called roh to return to the world of the living during the month of Shaaban. These beliefs compel Balangingis to always honor their dead by cleaning their graves and offering special prayers.