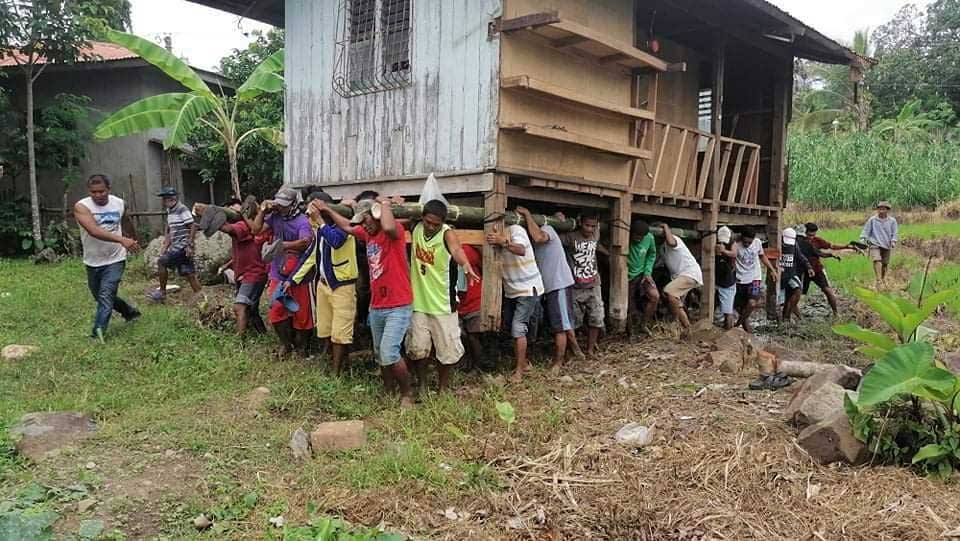 MANILA, Philippines – As the number of COVID-19 cases continues to surge in the Philippines, many private individuals, groups, and organizations continue to assist those in dire need of help. Such acts of kindness are clearly observed especially when natural calamities often struck the country. Bayanihan is one of the many admirable Filipino traditions where people come together to serve a common purpose–to help their fellow Filipinos. Advancements in society may have altered this tradition but bayanihan is still very much alive among Filipinos.

Bayanihan is derived from the Tagalog word bayan, meaning “town” or “nation” and the suffix –han which when combined translates to a “heroic group work.” It is a Filipino behavior that was documented by Noceda and Sanlucar in the book “Vocabulario de la Lengua Tagala” published in 1754. In their book, bayanihan was referred to as “obra comun” or communal work. The bayanihan tradition is an act of volunteerism and nowadays used to refer to an act of humanity or teamwork.

The ancient bayanihan tradition originated in an old Filipino custom wherein men in a village lend a hand when neighbors need to move their house to a new location. Back in the day, traditional houses called bahay kubo are made of lighter materials such as bamboo, anahaw, or nipa leaves. This made it possible for a family to relocate during emergencies such as landslides or floods.

Around fifteen or more people secure the house to bamboo poles with ropes and carry the house to its new location. The communal activity is followed by a small feast prepared by the family to express their gratitude to those who volunteered to help.

The eventual switch from bahay kubo to wooden and stone or concrete houses rendered the old bayanihan practice obsolete. Many of the younger generations are unaware of this beautiful custom. However, this doesn’t mean that the bayanihan spirit of Filipinos is gone. Although people no longer literally lift houses, the bayanihan spirit is very much alive.

A great example of modern bayanihan can be observed is when natural calamities, such as typhoons, tropical storms, volcanic eruptions, and earthquakes batter the country. The desire to help is apparent even to those who don’t have much. Time and again, Filipinos have proven that the true spirit of bayanihan is still there.

Today, while the whole world fights against the COVID-19 pandemic, Filipinos living in the country or based abroad are quick to send assistance to those who need it. From protective gear for doctors and nurses, boxes of canned goods, to temporary shelter for street dwellers, each individual effort and contribution and people’s willingness to share is evident among Filipinos in these trying times.

Bayanihan is a great part of Filipino culture that we can be proud of. It is a true sign of community spirit that gives people hope that despite all the hardships there is a silver lining.