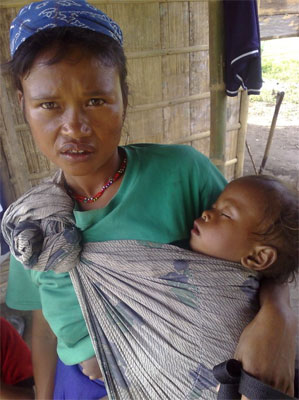 KORONADAL, Philippines – In 1971, worldwide attention was turned to a remote island in Mindanao. The Tasaday tribe living in an isolated section of rainforest in the Philippines was just unveiled. The revelation came after a hunter accidentally discovered the group living in a cave, oblivious to modern civilization. Manuel Elizalde, a politician and then in charge of all Philippine tribal peoples, introduced them to the world.

Approximately 26 individuals were located in a cave in the province of South Cotabato. They subsisted on wild bananas, roots, and fish. Anthropologists, scientists, and scholars flocked to the area and examined the tribe, who subsequently gained popularity due to their collective naïve and tranquil demeanor. Various publications and images about this Stone Age people circulated across many countries until the tribe’s territory was closed to the public in 1976 via a decree from President Marcos.

The Tasaday yet again made headlines after a foreign journalist visited the tribe’s site in 1986. In stark contrast to their appearance when they were first sighted, the group were dressed in normal clothing and living in regular houses. Following the encounter, Swiss journalist Oswald Iten asserted that the Tasaday was a fake tribe. These allegations quickly became known throughout the international community. For years, this has raised questions from people around the world, especially after the Tasaday were featured on the cover of the National Geographic magazine in 1972.

The Tasaday According to Scholars

The Tasaday is an ethnic group that is considered to be part of the Lumad, a group of natives from the southern Philippines. Linguists classified the language of the Tasaday as related to that of the Manobo, which is widely spoken by neighboring inhabitants. Roughly 80% of the tribe’s vocabulary is similar to the Manobo languages.

In an investigative report by a local television crew, one of the Tasadays revealed that their ancestors were forced to move into the forest due to a serious illness that nearly wiped out the entire tribe. The forest has always been their home since time immemorial. It provided them both shelter and refuge.

Anthropologist Thomas Headland mentioned in 1993 that data in fact indicated that the Tasaday were a tribe of hunter-gatherers that settled during the first half of the 20th century, same as the other hunter-gatherer groups in Southeast Asia. Although the Tasadays lived apart from the other tribes, they occasionally traded supplies with the Manobo farming groups who live in close proximity.

Headland further added that the Tasadays were descendants of the Manobo who moved deeper into the rainforest a century ago because of a disease. This evaluation from Headland seems to agree with the Spanish health records in 1871, which reported an outbreak of smallpox that spread across Cotabato, at around the same time that the Tasadays said they fled to escape from an illness that killed most of their members.

Today, numerous people across the globe are still uncertain of the tribe’s authenticity and many still wonder whether the Tasadays as an ethnic group really existed or were merely a hoax. Recognizing this tribe is vital to sustain their ethnic traditions for the succeeding generations. Nowadays, most of the Tasadays intermarry with the Manobos.