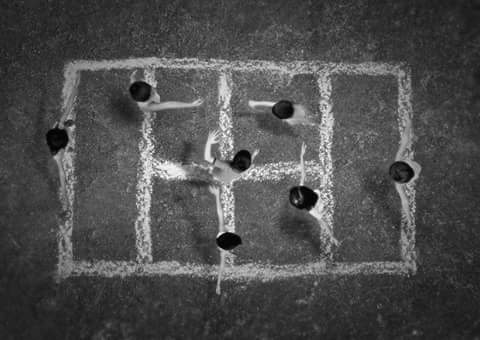 QUEZON CITY, Philippines – As a little girl living in the countryside, I was used to running around the neighborhood to play with other children in my area. Summertime was the best, because no rain could dampen our games and everyone can play up until evening. The advent of computers altered this tradition and brought many changes to the present generation, who are almost oblivious of the traditional Filipino games that were once part their parents’ formative years.

Outdoor games were a huge part of my life, and it was one of the few things I looked forward to doing after school. It was a good way of entertaining oneself without the need for my parents to buy toys, which are often expensive. Traditional Filipino games are communal activities invented long ago that rarely require anything but the players themselves. Rural life in the country is simple and often, families have little to splurge on toys. This simple life inspired children to innovate interesting pastimes that are not only amusing but also give everyone an equal opportunity to join.

There are several varieties of Filipino games played by both sexes, and the ones I enjoyed the most were bahay-bahayan, Chinese garter, patintero, tumbang preso, and taguan. Although the names of these games differ in other regions, many of the mechanics are similar. Bahay-bahayan is a role-playing game where children pretend they are a member of an imaginary family, with assigned parents and siblings. Household activities, such as cooking, cleaning, and even shopping, are acted out by the family members.

A popular game for girls is Chinese garter, which requires balance, flexibility, and coordination. The game involves an ordinary garter and requires at least three players; two to hold on to both ends of the stretched garter, and one player who will attempt to go over the garter. The garter is held increasingly higher with each round, and the goal is to go over the garter without touching it. As the round increases, so does the demand for agility and skill to successfully go over the garter. If there are more than three players, the players can divide themselves into teams. A team leader, known as the mother, can take her team member’s turn if they fail to jump; otherwise the team will be eliminated.

Patintero, or tubiganay in Cebuano, is a game that guaranteed hours of fun. There is no exact English translation for this word, but perhaps its Tagalog name was derived from the Spanish word “tinte” meaning “tint,” referring to the lines. A minimum of four players are needed, and a ground where you can create lines or marks. Chalk or charcoal can be used to draw lines on concrete pavement. Alternatively, sticks can create shallow grooves on loamy soil. The more players there are, the more lines are created, and the more difficult it is to win. Players are divided into two teams, namely, the attack and defense teams, each with assigned team leaders. The team leader of the defense team stands on the first line and can run along the middle line to tag opponents. The goal of the attack team is to get through all the lines and back without being tagged by the defense team guarding the lines. If one member of the attack team gets tagged, the players switch roles. However, if the attack team goes through all the lines successfully, the next round will proceed with the teams having the same roles.

Tumbang preso or bato lata in Cebuano requires three or more players, an empty tin (usually a can of milk) and a slipper. One selected lookout guards the tin, which is placed inside a drawn circle, while the rest of the players stand further away behind a drawn line. The goal of the players is to topple the tin using their slippers. When the tin topples, the lookout quickly puts the tin back to its original position. The lookout will also attempt to tag players who retrieve their slipper. The tagged player then becomes the new lookout.

A game played throughout the world and is also very popular among Filipino children of all ages is taguan or hide and seek. A seeker stands at a base, closes his or her eyes, and counts to 50, while the other players start hiding. The seeker will then try to locate hiders after finishing the count, and races with the found player to touch base. The first hider found will be the seeker for the next round. Meanwhile, the last to be found is the winner of the round. Hiders who were able to touch the base before the seeker arrives are safe for the next round. Filipino moms often discourage children to play taguan at night because of a popular belief that unseen spirits might harm children.

Looking back now at those simple pleasures in life gives me a greater appreciation of the life I have today. Such activities exposed me to so many new ideas and helped me improve my physical, interpersonal, and social skills. In playing tumbang preso for instance, dexterity and cleverness are needed to retrieve the empty tin. Children moved around a lot then and thus remained fit, compared with children nowadays playing the latest gadgets while confined to the four corners of their rooms.

Today, kids are growing up in a fast-paced world, and traditional Filipino games are being replaced with more Western sports and activities. In addition, the lack of promotion of these traditional Filipino games from the government has made younger generations unaware of these wonderful old-fashioned games that were invented. On the brighter side, majority of the children in the countryside, especially those who are unable to afford expensive gadgets, still play outdoor vintage games that were passed down through the generations.

Image via flicker, Patintero  by jhun111jhun