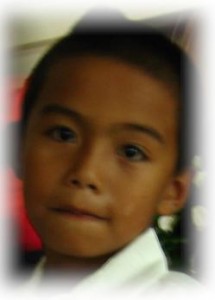 The strong and proud group, typically portrayed as brave Filipino warriors, are the Waray or Waray-Waray people who inhabit Samar, Biliran, and Leyte in the Eastern Visayas Region. They speak one of the major Visayan languages of the same name, Waray, also called Lineyte–Samarnon, with the Biliran dialect commonly referred to as Biliranon. Approximately 2,600,000 are speakers of Waray, with Cebuano being their second language.

The Warays of Samar and Leyte can be distinguished by their local names. Samar Waray are called Samareños or Samarnons, and Leyte Waray are the Leyteños. Furthermore, geographically, Leyteños Waray occupy the northern part of Leyte Island. They are separated from the Leyteños Cebuano by a mountain range in the middle of the island.

Waray-Waray are producers of some of the finest native Philippine wines called pangasi (a type of rice wine) and tuba (coconut wine). They are also weavers of popular rural hats and mats made from buri or tikug plant strips. Their main livelihood comes from farming and fishing.

A subgroup of Bisaya, Waray-Waray are regarded as valiant warriors, especially with the popularized tagline associated to them, “Basta ang Waray, hindi uurong sa away,” which roughly translates to “Waray people never back down from a fight.” Still, this doesn’t mean they no longer know fun. In fact, these strong people would oftentimes dance the popular traditional Kuratsa at many social gatherings. One tradition, in particular, involves couples dancing the Kuratsa at their weddings and being showered with money, as this practice is believed to invite blessings to come the couple’s way. This tradition can be traced as far back as pre-colonial times, same with Waray’s beliefs and folklore.

Waray-Waray are also religious devotees, as evidenced by their many fiestas honoring their patron saints. This is due largely because most Waray-Waray are Catholics, with only a few of them being Protestants, Muslims, and secular.

Waray-Waray have almost identical kinship and family structure to most Christian Filipino groups. They also show their belief in spirits of nature and their ancestors by performing rituals for a good harvest during their entire cropping season.

As mentioned above, Waray-Waray celebrate plenty of festivals. Commemorating important historical events and displaying religious piety, four of these famous festivals are the following: Homonhon Landing every March 16 in Homonhon, Eastern Samar, which is celebrated by the reenactment of Ferdinand Magellan’s landing in the Philippines in 1521; Karayapan Festival, a celebration that is both a thanksgiving to Guiuan people’s patroness, the Blessed Virgin Mother, and a depiction of the early Guiuan Townsfolk’s enjoyment of their bounties of nature, rich marine life, fertile land and verdant forest; Padul-ong Festival, celebrated on September 7, which showcases the mythical way the image of the Blessed Virgin that was originally from Portugal mysteriously got transported to Borongan, and how this connects to the Lady in White who made the Hamorawon Spring’s water miraculous by using it to heal the locals; and the Balangiga Incident celebrated on September 21, which reminds Waray-Waray of the Filipinos’ pursuit for freedom through the parade commemoration of the Philippine-American encounter in 1901.

Some of the Waray-Waray’s popular dishes include the following: suman moron, a rice snack in Tacloban; binagol, a sweet, steamed delicacy that is especially famous in Calbiga in Samar; and tuba, also called bahal, bahalina, or coconut red wine (due to its red color).