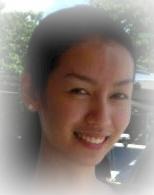 The descendants of mainland and island Chinese who migrated to the Philippines are collectively called Tsinoys, Chinoys, or Chinese Filipinos. However, they can be divided into three groups by the geographic location and language of their origin: Fujianese, Cantonese, and Mandarin. There are Tsinoy communities in practically all parts of the archipelago.

The forebears of many Cantonese originated from Taishan. It is said that a minority of the Cantonese who have Portuguese ancestry, and are called Macanese. Some ghettoes of Cantonese are found in Manila’s Santa Mesa and Tondo areas.

The Cantonese Filipinos are not as prosperous as their Fujianese counterparts. Although they speak Cantonese at home or in their circle, they are raised to speak a Min Nan dialect, which is often the only working language in general Chinese associations, with the exception of those in the Cantonese society.