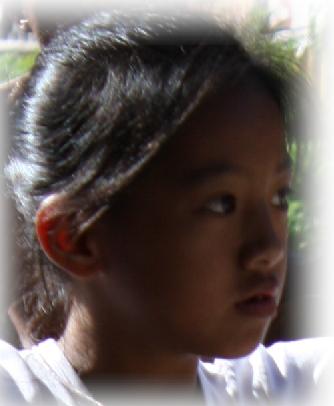 The Tawbuid or Tau-buid Mangyans are part of the eight tribes of the umbrella term Mangyan. They are known as pipe smokers who start smoking at an early age, even when they are still children. Interestingly, they prefer to smoke tobacco instead of chewing betel nuts, which is a habit that their Mangyan brothers and sisters share.

The seven other Mangyan groups are the Alangan, Bangon, Buhid, Hanunoo, Iraya, Ratagnon and Tadyawan. The Bangon Mangyans used to be a subgroup of the Tawbuid Mangyans, until March 28, 1996, when Bangon officially became a separate Mangyan group. All the eight Mangyan tribes can be found in Mindoro Island, which is divided into two provinces: Occidental and Oriental Mindoro.

The Tawbuid people are also known as the Batangan Taubuid (by the lowlanders residing on the west of the island) and Fanawbuid. They can be found in Sablaya and Calintaan in Occidental Mindoro, and Bongabong in Oriental Mindoro. Specifically, they inhabit the boroughs of Gloria, Pinamalayan, and Socorro but they are most dominant in Occidental Mindoro.

The Western Tawbuid dialect is believed to be the only language in the Philippines without the glottal phonemes, having neither /h/ or /ʔ/.

Furthermore, the Tawbuid language as a whole is also closely related to the Buhid language, both sharing the /f/ phoneme, thus making them sound distinct from other Philippine languages.

It is apparent that the Tawbuids still highly value tradition over modernity, and this is evident in how they dress, their trade, and their way of life in their communities.

Aside from being pipe smokers, the Tawbuid Mangyans have an important duty: they are the protectors of the world’s rarest buffalo, the critically endangered tamaraw. They also have the largest number of communities among all the eight Mangyan tribes. Their houses are mostly nipa huts, and they live on the uplands, enjoying the cold temperatures up in the mountains in the otherwise hot country.

Many of the Tawbuid women still wrap their bra-string (made of bark) with a knee-length cloth, while the men are still dressed in loincloths called amakan. They can be seen wearing necklaces and bracelets made of beads.

To put food on the table, they hunt animals using their tulag (spear), gadun (bow), and silo (spike trap). They also plant rice and crops for their livelihood.

They sometimes visit neighboring Mangyan tribes to go to school or whenever there are health missions conducted for the entire Mangyan communities.