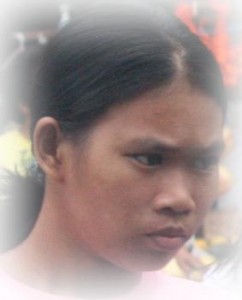 One of the most widely talked-about groups that are separated from the rest of society is the Tasaday tribe that dwells in the tropical rain forests of South Cotabato. This is because several stories about their discovery came about in 1971, specifically about them living with Stone Age technology in an otherwise modern world. However, recent studies have found these claims to be false. Instead, we now know that the Tasadays are living as a separate, but not a completely isolated, group of hunters and gatherers. While not being ultra-primitive, their technology is similar to those of other hunter-gatherer groups in Southeast Asia that use iron tools, wear cotton clothes, and sleep in simple thatch huts.

Linguistic evidence shows that years of isolation made their speech distinct from the Manobo language, or the language widely used in Mindanao. Instead, Tasaday is a dialect under the Cotabato Manobo or Dulangan Manobo language, with Dulangan Manobo spoken by roughly 30,000 people. To note, the Tasaday dialect is spoken in a different tune or accent, though mostly understood by Manobos.

Tasadays are considered Lumads, like the other indigenous groups of the Lake Sebu area. Though there is no concrete evidence to support the subsequent claims, the majority of anthropologists believed that before the Tasadays’ 1971 sighting, these tribesmen were descendants of T’boli and Manobo, who in the past used to be called Linat Batang.

In 1989, a linguistic analysis concluded that the nineteenth-century Tasadays split up from a Cotabato Manobo agricultural group and pushed deeper into the South Cotabato’s rain forest. Their main source of livelihood shifted from farming to seminomadic foraging. Hypothetically, Tasadays are believed to have had at least some interactions with other Manobo groups of South Cotabato, especially with the people of Blit, mainly from trading goods with them. Therefore, this supports the hypothesis that they are merely separated from other groups but not completely isolated.

It may also be inferred in a 1991 study that during the first half of the twentieth century, Tasadays used to be a group of foragers much like other hunter-gatherer groups in Southeast Asia.

Though there are several contradicting stories about the Tasadays’ actual way of life, the ones that are widely accepted are enough proof to show just how rich and unique their culture is.

In a Tasadays’ table, rice, fruits, roots, and palm pith are staples, along with some wild animal meat. The rice and root crops are products of their own harvests, collected from nearby settlements, or acquired through trading with other groups. They also hunt animals for meat. The bamboo they use to cook their food comes from their own harvest or from the fields of Manobo farmers.

A typical Tasaday today would be seen sporting commercial clothing. They typically live in simple thatch huts, though they would occasionally sleep in caves.

The Tasaday group’s 1971 discovery caused such a stir that thereafter, several anthropologists from around the world flew to the Philippines to immerse themselves into the tribe’s way of life to publish a detailed study about the tribe’s unusual lifestyle. Their story caught the world’s attention to such an extent that in 1972, the highly respected National Geographic dedicated 32 pages of its magazine solely on their coverage of the tribe, with an additional full-sized image of a Tasaday kid named Lobo hanging on a vine as its cover.