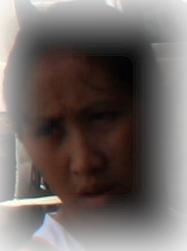 The Tagbanwa people of Puerto Princesa, Palawan are known to be one of the first ethnic groups to set foot on Philippine soil. They are thought to be descended from the Tabon Man and are described as brown-skinned, slim, and straight-haired.

The Tagbanwas are classified into two groups based on their geographical locations: the Central Tagbanwas and the Calamian Tagbanwas. Their main language is Aborlan Tagbanwa (also called Apurawon), which is among the Palawanic languages. It has its own script and has approximately 40,600 speakers. However, the two other Tagbanwa languages used by the two aforementioned groups are mutually unintelligible to Aborlan Tagbanwa.

Historically, the Tagbanwas were first written about in 1521 when Magellan docked his ship in Palawan. Nevertheless, they are thought to have come to the country way before that.

A Glimpse into Tagbanwas’ Enchanting Culture

It has been established that the Tagbanwas were one of the first people in the Philippines. Their uniqueness as a people is evident in their diverse society, culture, art forms, and spiritualism. These are all markers of their distinct identity as a tribe.

A typical Tagbanwa community is made up of 45 to 500 individuals, who are ranked as either free men or nobles. They live in houses made of bamboo and wood for the frame, anahaw leaves for roofing and walls, and bamboo slats for the flooring.

The Tagbanwas cover themselves with traditional clothing called salugin made from the bark of trees. Both men and women in the past used to wear their hair long and wear accessories on their body, such as necklaces and anklets. They are also notorious for blackening their teeth and wearing carved earplugs from the hardwood bantilinaw.

The Tagbanwas are notable producers of baskets and woodcarvings. They have excellent designs for their harvest basket tingkop, as well as their soft rice basket bayong-bayong. They also engage in swidden or kaingin farming, and some of those in the coastal areas are fishermen.

The artistry of the Tagbanwas is not just apparent in their baskets and woodcarvings, but also in their music, dance, and drama.

During the Tagbanwa rituals, mimetic dances dramatizing animal imitations are also performed. These are the busak-busak, batak ribid, and bugsay-bugsay.

The babaylan or shaman performs different ceremonies for food offerings and feasts involving singing, dancing, courting, and concluding blood compacts. In particular, they hold a ritual twice a year to appeal to the deities for good weather for the seasons in January and May called lambay; two rituals for seeking protection from epidemic and death, pagbuyis and runsay; a ritual to summon the pagdiwata; and a ritual for the dead, bilang. All these are conducted to please their various gods or deities, diwatas, celestial beings, and spirits.

Accordingly, Tagbanwas believe they have six souls: their “true soul” kiyarulwa, and five secondary souls payu. They have four major deities, which include Mangindusa or Nagabacaban, the lord of the heavens; Polo, the god of the sea; Sedumunadoc, sought for good harvest; and Tabiacoud, who lives in the deep bowels of the earth. Two more minor deities they have are Taliyakud, the watcher who guards the vine bride Balugu; and Anggugru, the “keeper of the fire,” who welcomes souls to the underworld.

The diwatas are deities who the Tagabanwas believe to have created the world and the first human beings. They also control the rain. Some of the diwatas they honor include Diwata Kat Sipdan, who lives in Sipdan (West) and Diwata Kat Libatan who lives in Babatan (East).

As mentioned above, there are two major classifications of Tagbanwas based on their location, culture, and languages. These languages are mutually unintelligible to each other, as they are to the predominant Aborlan Tagbanwa language.

The Central Tagbanwa people live in the Northern Palawan Island in the MIMAROPA region. There are approximately 2,000 people who speak their language of the same name, the Central Tagbanwa language. It is usually written in Latin script, and only to some extent does it use the Tagbanwa script. Moreover, it is only partially intelligible with other varieties of Tagbanwa, and with Cuyonon. Sadly, this language has been marked as an endangered language and is on the brink of being lost.

Occupying the northern part of Palawan in the Calamian and Linapacan islands are the Calamian Tagbanwa who interestingly do not belong to the Palawanic subgroup, but instead are directly classified under the Philippine subgroup Kalamian. This subgroup also includes the Agutaynons, and while they have a unique subgroup from other Tagbanwas, Calamian Tagbanwas share similar culture and practices with Aborlans.