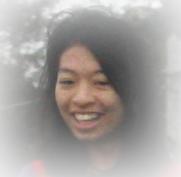 Inhabiting the Batanes, a chain of small islands at the northernmost point of the Philippines, were the Ivatans.  Of the island chains, only three islands were inhabited:  Batan, Itbayat, and Sabtang.  The Ivatans of today are considered to be the Christianized surviving group of the ancient people who once inhabited all the islands of Luzon and Taiwan.  The ancients spoke a language, Chirin nu Ibatan, or simply Ivatan; an Austronesian language spoken exclusively in the Batanes Islands was characterized by the dominant use of the letter “v”, as in valuga, vakul, and vanuwa.  In addition, each Ivatan dialect was unique to a specifc island:  The Northern dialect spoken in Basco, the capitol; Itbayat in Itbayat Island; and Southern Sabtang in Sabtang Island.

Culturally, the Ivatans have been influenced by the climate of Batanes – often times, exposed to high risks of agricultural disruption, they adopted strategies that ensured their survival.  Due to the frequency of typhoons and drought, they planted root crops that were more resilient to the destructive forces of the environment; these include yam, sweet potato, taro, garlic, ginger, and onion.  In addition, the Ivatans possessed a unique skill to predict weather, namely thru the study of animal behavior, sky color, wind, and clouds.  For example, upon seeing their livestock take shelter, they too sought shelter.  Although abundant exclusively in the months of March to May, the Ivatans also depend on the flying fish, dibang, and dolphinfish, aravu, that are present on the shores of Batanes.  Unique to their culture is their stone houses adopted from the Spaniards and made of limestone; the walls were as thick as one-meter and able to withstand the terminal passage of typhoons in the Philippines.  The roofs, on the other hand, retained the traditional thick-fabrication of cogon grass designed to weather the buffeting winds.  The vakul, a traditional headgear designed to shield the wearer from the sun and rain, is another cultural feature unique to the Ivatans.