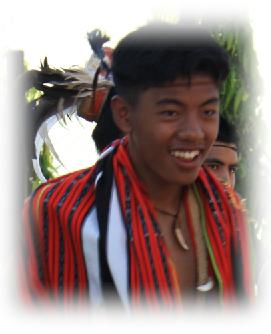 Amganad Ifugao
The Amganad Ifugao (also, Ifugaw) live in the central part of Ifugao Province. The tribe has two dialects — Burnay and Banaue — and is a part of the Nuclear Cordilleran stock.

Mayoyao Ifugao
The Mayoyao Ifugao (also, Mayaoyao) is part of the Nuclear Cordilleran stock. They have 27 localities, which boast beautiful mountains and waterfalls.

Tuwali Ifugao
The southern part of Ifugao Province is home to the Tuwali Ifugao (known to many as Kiangan, Ifugao, or Gilipanes). They are mainly located in the municipality of Kiangan in Ifugao, which has 15 localities. The tribe has three dialects: Hapao, Lagawe, and Hungduan.

Learn more about the Ifugaos here: The Ifugao People