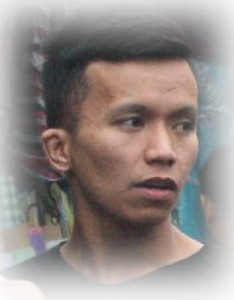 Capiznon is derived from kapis, the name of the seashells that are primarily used as square panes for windows; the suffix “-non”, on the other hand, means “people”.  They are also known as Capizeños or Capiceños.  Moreover, they’re concentrated in Capiz, a province in the northeastern portion of Panay Island (Western Visayas region).  An Austronesian language, Capiznon is part of the Visayan language family; it has its own intonation and vocabulary, which periodically includes Akeanon and Waray words.  Consequently, it’s sometimes mistaken for Hiligaynon or Ilonggo languages.  The younger generations of Capiznon currently use a variation with a slower pace, and softer, longer vowels, similar to Ilonggo.

Primary form of livelihood is agriculture, especially rice production which is supplemented with vegetables and other crops depending on rainfall requirement(s) for each crop.  They’re enterprising, obtaining additional resources from the seas, rivers, and inland fisheries that include crabs, oysters, mussels, shrimps, diwals and kapis shells.  Concept of beauty is unique in that women in their tender age “file and order their teeth” to assure an aesthetic growth; men, on the contrary, fashioned their long hair wrapped with “four rounds of cloth, known as putong”. Also, both men and women adorn their bodies with earrings, anklets, and rings.

Customarily, “pamalaye” is a wedding preparation popularized among the coastal and upland areas of Capiz.  Typically, the family of the groom present a dowry to the parents of the bride, simultaneously, the groom renders services for several months to the household of the parents of the bride.  Towards the end of the services, the parents of the groom return bearing gifts and food to feast on while the wedding preparation was planned.  On the other end of the spectrum, a burial custom is equally involving, specifically for the more affluent and/or well-to-do.  Whereas an impoverished individual is hurriedly and unceremoniously interred into the earth beneath the house, the corpse of a more prosperous person is bestowed a more ritualistic approach.  For starters, the deceased is cleansed with alangingi fruit juice and perfumed with sweet gums, while simultaneously laid on a bed of plant leaves and roots.  Moreover, it is embalmed with a fragrant “liquor”, after which the body is dried up in the sun.  Once the preparation is complete, the body is swathed in silk or other kind of cloth; occasionally, the remains were laid out in finely carved wooden coffin of a superior grade that prominently displayed the figures of a lizard and a bird which represented the soul leaving the body for a “place of magnificence.”

Source
Bolante, Jose B.  A Comprehensive History of Capiz, in Search of Identity and Contreras, Edward B.  Capiz: Prospect and Retrospect. 1993.  Rivelisa Publishing House.