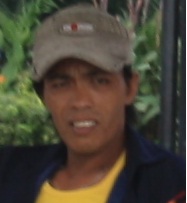 The B’laan are composed of three subgroups from Koronadal, Sarangani, and Davao. Many B’laans speak Cebuano aside from the B’laan language. Their means of livelihood are swidden farming, weaving (the males weave baskets and the females, mats), fishing, hunting, food gathering, and tool- and weapon-making.

B’laans have kept themselves culturally, politically, and economically distinct from their Muslim neighbors; they have never succumbed to the rule of the datuships. Thus, most of B’laan traditions, customs, and way of life have remained intact. It is not unusual to see B’laans still eating their mama (betel nut). The sound of bells hanging on the women’s sabitan galing(a belt of brass rings) can still be heard as they go about their daily chores. Elders continue telling stories of old times to the next generation.

However, globalization has caught up with the B’laan. Logging and mining companies have devastated their lands, lands that they hold sacred — a gift from Adwata. But the B’laan remain strong against adversities and continue holding on to that which is most precious to them: their identity.

Sarangani B’laan
Sarangani B’laan live on the coasts of South Cotabato in the SOCCSKSARGEN Region, Davao del Sur in the Davao Region, and on the islands of Sarangani and Balut.