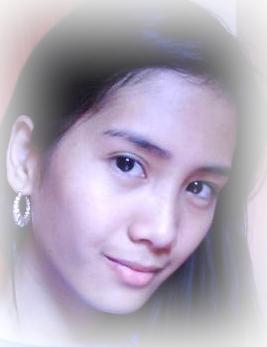 The Bicol region is not only known for its picturesque tourist destinations and its spicy Bicol Express; it also hosts diverse groups of Bicolanos that are recognizable by the languages they use. Their languages, all of which belong to the Austronesian language family, each has its own dialects and variants, as well as its own syntax and cadence. Hence, such distinctions give a diverse representation of the city or municipality from where they are spoken.

More about Bicolano Culture: Bicol: More Than A Six-Province Region and Spicy Dishes

Albay Bicolano
While Albay’s most famous tourist spot is the perfect cone-shaped Mt. Mayon, it is not the only thing it can boast in the region. With almost 2 million speakers, Albay Bikol, or simply Albayanon, is a language that lacks or rarely uses stressed syllables. It is said to be comparable to French in this regard, thus making it unique from other Bicolano languages. It is spoken in West Albay, Buhi, some parts of Camarines Sur, southwestern coast of Albay (Pio Duran, Jovellar), and northwestern Sorsogon, and has five dialects, namely, Buhi’non, Daraga, Libon, Oas, and Ligao.

Central Bicolano
For most Bicolanos, the language that is widely understood is Central Bicolano, also known as Bikol Naga or Bikol. With approximately 2,500,000 speakers, Central Bicolano is spoken mainly in Naga City, as well as in other locations such as Camarines Norte, Camarines Sur, southern Catanduanes, north of Albay, Sorsogon, Legaspi City, and San Pascual town in Masbate. Its unique feature is that it has vocabularies not found in the common Bikol language, as well as words that are similar to Kapampangan, such as matua (“older”), bitis (“foot”), and banggi (“night”), with the latter closer to the Kapampangan word bengi than the usual Bikol word gab-i. Still, there is no formal study about such links.

Iriga Bicolano
If we talk about a Bicolano language with both dialects and variants, it would be the Iriga Bicolano, or Rinconada Bicolano. With approximately 85,000 speakers, the language is mainly spoken in Iriga City, as well as in Baao, Nabua, and Bato in Camarines Sur.

The language has two dialects, which are subdivided into six variants.

The second dialect is the Sinaranəw (lakeside dialect), with four variants, namely, Nabua–Balatan, notable for its high-pitched intonation; Bato, which has a distinctive mellow intonation; and the twin variants, Baao and Bula–Pili, both of which use a high pitch when reasoning but are distinguishable by the rising intonation of Baao, and the moderately flat intonation of Bula–Pili.