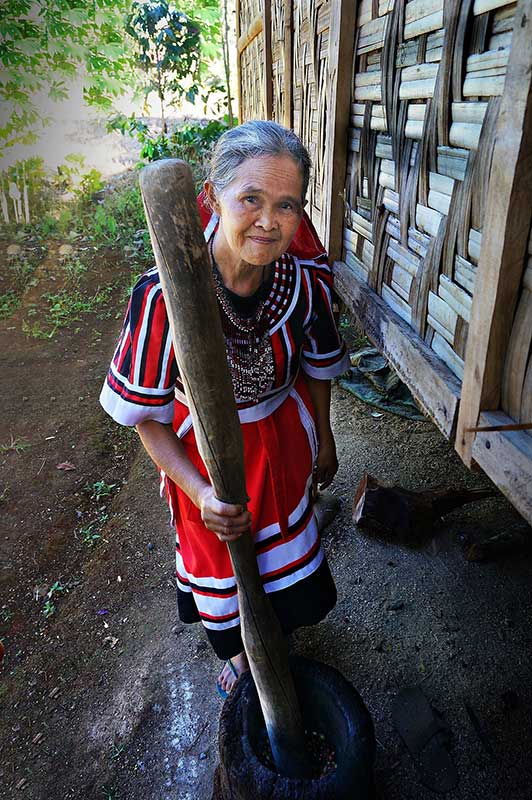 MALAYBALAY, Philippines – The scenic province of Bukidnon in the northern Mindanao region is home to various indigenous groups. Alongside the Bukidnon, Higaonon, and Manobo, the Talaandig people are part of the Lumad, who comprise 24% of the total population of the province. Through the years, they have continued to work to preserve their culture amidst the threat of modernization. The tribe continues to thrive to this day despite the recent changes in the area surrounding their tribal home.

Known as the dwellers of slopes and steeps, the Talaandig tribe is one of the 18 major ethnolinguistic groupings classified as Lumad. Estimated to be more than 100,000 in population, the Talaandig tribe live in the sacred mountains of Kitanglad and Kalatungan, particularly in the municipalities of Lantapan and Talakag. The Talaandigs are fluent speakers of Inukit or Binukid, the tribe’s native dialect. At present, Talaandig culture is being handed down to future generations by the School for Living Tradition established by the Talaandig Cultural Center.

The Talaandig are grouped by clans but is headed by a single Datu. As the head of the tribe, the Datu oversees the whole community. Traditionally, a Datu is selected through his courage, accomplishments, and knowledge of the oral history and customs of the people. A ritual called panagulambung to inaugurate the leadership is performed along with the presence and approval of other elders in the tribe. The Datu’s main function is to mediate in conflicts to settle feuds for the peace and order in the community. Moreover, a Datu is responsible in leading the tribe during emergency situations.

Promoting Culture Through Music and Art

The present tribal administrator of the Talaandig community is Datu Migketay Victorino Saway. He is a well-known performing artist and taught at the Talaandig’s School for Living Traditions. It is a space inside the Cultural Center of the Talaandig community located in Sungko, Lantapan. It is a place where children can learn and experience their culture through songs, dances, games, and stories. Since 1995, Datu Saway has taught children to play music using their indigenous musical instruments. He crafted numerous bamboo musical instruments and made a traditional drum to encourage children to play.

In addition, he also pioneered in training young children who are interested in art. Through his mentorship, he was able to develop a group of Talaandig artists. They are known as the “soil painters” for their use of soil as a coloring materials for paintings. The art pieces became an avenue to showcase the brilliant and creative mind of the Talaandig and has since gained worldwide recognition. The Talaandig Artist Group participated in various art exhibits in different parts of the Philippines, as well as in countries like Singapore, United States, and Canada. This new generation of Talaandigs are optimistic that through their art, people will gain deeper insights into their tribe, and at the same time it inspires others to start appreciating and nurturing their own culture.

*The Talaandig community has three organized groups: The School for Living Tradition, Anak ng Tribu, and the Mothers for Peace. The Cultural Center is situated in Sungko, Lantapan, Bukidnon. Located in North Central Mindanao, Bukidnon can be reached via Laguindingan Airport or Francisco Bangoy International Airport.