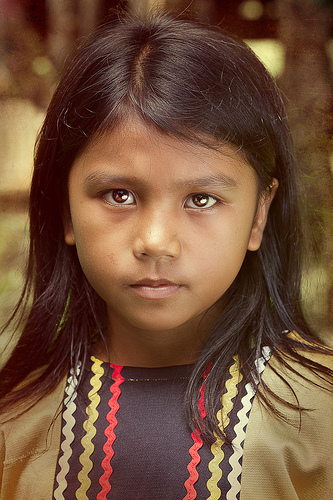 PROSPERIDAD, Philippines – The landlocked province of Agusan del Sur, located on the eastern side of Mindanao, is home to the indigenous tribe known as the Banwaon people. Also known as Adgawanon or Banwanon, the Banwaons derived their name from the word banwa meaning “home.” They are village dwellers who live in remote locations, mainly in the areas of Maasam, Libang, and Adgawan Rivers.

The Banwaons are recognized as among the largest tribe in Agusan del Sur, with their population numbering 12,000 in 2006. They are fluent speakers of the dominant Cebuano language and considered to be related to the Manobo ethnic group. The Banwaons live among four other indigenous peoples in the region, namely, the Higaonon, Mamanwas, Talaandig, and Manobo.

The typical Banwaon household includes extended family members, which is characteristic of the tribe’s close-knit family ties. Agriculture is their top source of livelihood, but they are knowledgeable in farming and fishing as well. Despite living in modern times, the Banwaons strive to keep their culture and traditions unscathed. For instance, they have numerous tales of war and heroes that have been orally passed down and survive to this day.

Up to the present time, the Datu remains central to everyday life, and rituals are still observed to appease their gods. Traditionally, ceremonial offerings, such as pigs or chickens, are essential. Among the sacred ceremony of the Banwaons is tud-om, which is a succession of sacred verses that is instituted not only during harvest or thanksgiving but also during community or tribal conflicts and in establishing a new chieftain.

Historically, the Banwaons continuously clashed with the neighboring Higaonons due to differences concerning domain or property. These tribal disputes led to intermarriages between the Higaonons and Banwaons, as the respective Datus were allowed to marry women from the other tribe to settle the conflicts. This increases the Datus’ influence of power as well as affiliation to the other ethnic group. Today, the Higaonon–Banwaon tribe is the second largest cultural community in Agusan del Sur. Their population is densest in the municipality of Esperanza and extends up to the borders of Bukidnon and Misamis Oriental.

Lately, the Banwaon people have been a subject of discussion, as they have been displaced due to a conflict in their ancestral land. Most of them live in the impoverished areas of Agusan del Sur with no access to basic services, such as education. Most children have to endure kilometers of walking just to reach the town centers where the schools are situated.

Similar to other indigenous peoples in Mindanao, they continue to cope with the changes in their environment that could likely threaten the preservation of their culture and tradition. Nonetheless, a handful of organizations have tried to extend aid to the Banwaons to help them further withstand these changes while retaining their cultural identity.

The province of Agusan del Sur can be accessed both by land and water through the Butuan–Davao National Highway or the north–south route interregional road linking Davao and the Caraga Region. The Caraga Region supplies about 5 billion metric tons of metallic and non-metallic gold ore reserves, making it one of the richest gold deposits in the country.