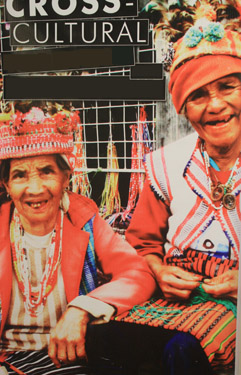 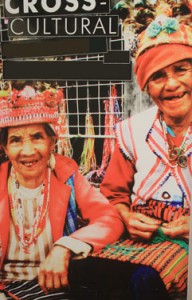 Quezon City – The Ifugao call themselves as i-pugao or “inhabitants of the known earth”; other variations of the name are Ifugaw, Ipugao, and Yfugao. They live primarily in the province of Ifugao in Central Cordillera, in Northern Luzon. The name is supposed to have come from ipugo which means “from the hill.” The Amganad Ifugao (Ifugaw) populate the central part of Ifugao Province and has two dialects: Burnay and Banaue.  Additionally, their name is synonymous with the famous man-made Banaue Rice Terraces in northern Luzon, which had once been hailed the “eighth wonder of the world”, and attributed to their engineering knowledge and agricultural terracing. Historically, Ifugao was one of the places in the Archipelago least influenced by the Spaniards, even though they did venture into Ifugao territory; the Spaniards were unable to transform their culture and values. Anthropologists have regarded the Ifugao as possibly the oldest residents of the highlands; their origin attributed to Indonesian migration, dating back as early as 800-500 BC.

Agricultural terracing is their principal means of livelihood along with farming. Their social status is measured by the number of rice field granaries, family heirlooms, gold earrings, carabaos (water buffaloes), as well as, prestige conferred through time and tradition. The more affluent, known as kadangyan were usually generous by nature, giving rice to poor neighbors in time of food shortage(s) and/or hardship(s). Furthermore, their culture was known for their legal system, using one of the world’s most extensive oral legal traditions specifying the offense depending on the use of custom law; trial by elders (influenced in part by public opinion); or trial by ordeal. The wealthy were subjected to greater fines than the poor.

Untouched by the influences of Spanish colonialism, Ifugao culture value kinship, family ties, religious and cultural beliefs. They’re unique among all ethnic groups in the mountain province, not only for their interesting customs and traditions but also for their narrative literature such as the hudhud, an epic dealing with hero ancestors sung in a poetic manner. Another feature unique to the Ifugao is their woodcarving art, most notably the carved granary guardians bului and the prestige bench of the upper class, the hagabi. Their textiles renowned for their sheer beauty, colorful blankets and clothing woven on looms. Houses were well-built, characterized by as a square with wooden floors, windowless walls, and pyramidal thatch roofs. Elevated from the ground by four sturdy tree trunks, they feature removable staircases that were hoisted up at night to prevent entry by enemies and/or wild animals. Lastly, their attire remain traditional for male Ifugaos, donning the wanno or g-string; there are six types of wanno which are used depending on the occasion or the man’s social status. Ifugao women, on the contrary, wear tapis, a wraparound skirt; there are five kinds of skirts worn, depending on the occasion and/or status of the woman.