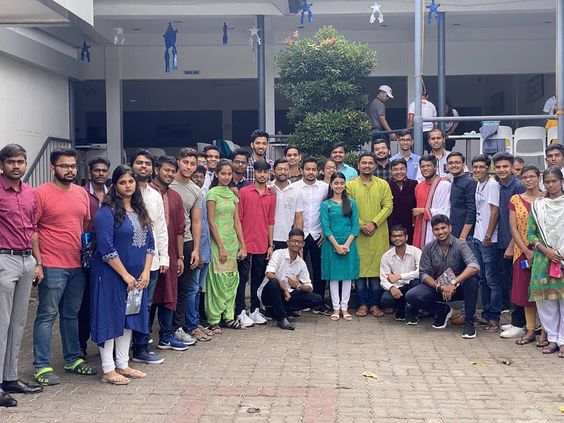 MANILA, Philippines – Many Filipinos have sought greener pastures overseas in a bid for a better life. Such is the case of the first Indian ethnic groups who arrived in the Philippines centuries ago, along with the Chinese. Indians have been a regular mainstay in the society since the British occupation ended in 1764.

We see them ply the streets of Metro Manila every day in their motorbikes. For many Filipinos, this is the usual image that comes to mind when we hear the word “Indians.” Yet, many are unaware that there is a bigger population of Indian diaspora in the Philippines. Theirs is a thriving community whose population is estimated to be around 150,000.

Indian sepoys (soldiers) from Madras were the earliest recorded Indians in the country. They fought alongside the British during the British invasion of Manila between 1762–1764. After the war, many of them stayed behind and settled in Luzon. They were predominant in the towns of Taytay and Cainta in Rizal. This is why a few Cainta natives today exhibit Dravidian physical features.

The Sindh and Punjab were the first Indian immigrants in the Philippines. The former arrived at the end of the 19th century while the latter arrived in the early 20th century. Sindhis were businessmen who ventured into import and export of textile and general merchandise. They owned some of the biggest retail shops along Escolta in Manila between the 1920s to the 1950s.

Among the first Sindhis to arrive in 1895 were the Genomal family who later became the owner of V. Lilaram and Co. It was one of the largest textile importers and traders in the Philippines. The Pohumal brothers established a trading office in Manila in 1898, which was also among the pioneer Sindhi-owned businesses. Many of its employees’ families were brought to the country and subsequently set up their own businesses.

The Punjabis followed in the early 20th century and specialized in the sale of dry goods, jewelry, garments, and household appliances. To ensure steady profit, they expanded their business and later diversified to financing. Most of them are involved in giving out loans to small-scale entrepreneurs, locally known as “five-six.” About 50,000 registered Punjabi Indians were reported in 2016, with the largest concentration in the island of Cebu located in the Central Visayas region.

Over the last few years, Indian-owned businesses have continued to thrive in Metro Manila and in various parts of the Philippines. A gradual increase in Indian migration has been observed due to the recent arrivals of professionals in the ICT and BPO sectors who work in different companies. As the “BPO Capital of the World,” the Philippines earns billions of dollars in revenues and attracts several businesses that create jobs for both locals and outsiders.

On the other hand, the Sindhi community still dominates the business sector with booming enterprises, particularly in Metro Manila. Indian-owned pharmaceutical companies have also grown in popularity as distributor of generic drugs and dermatological products. Through the years, different organizations have been formed to help Indians assimilate and connect with their new surroundings.

Organizations of the Indian community in Metro Manila include the India Philippine Welfare Club, Filipino–Indian Chamber of Commerce (FICC), Saturday Lunch Group of the Sindhis, and the Khalsa Diwan of the Punjabis. Meanwhile, those living in the province have also formed local groups, such as the Indian Economic Association in Bacolod, Cebuano–Indian Friendship Association in Cebu, Indian Welfare Association in Dagupan, and the Punjabi Lovelink Club in Manila.

Today, most Indians in Metro Manila are fluent in both Filipino and English. Several Indians have taken on Filipino citizenship, especially the Sindhis who were members of the Filipino-Indian Chamber of Commerce. Some have called Manila their home, although they still identify themselves as Indians. Meanwhile, the Punjabi population is spread out nationwide, which means they interact more with Filipinos and have intermarried with local women.

The Philippines has recently become a popular destination for Indians seeking medical degrees. Many of them are enrolled in government and private colleges and universities that follow the American system of medical education. The low cost of education and the large English-speaking community as well as the expanding presence of Indian businesses in the country are the driving force for many of them.