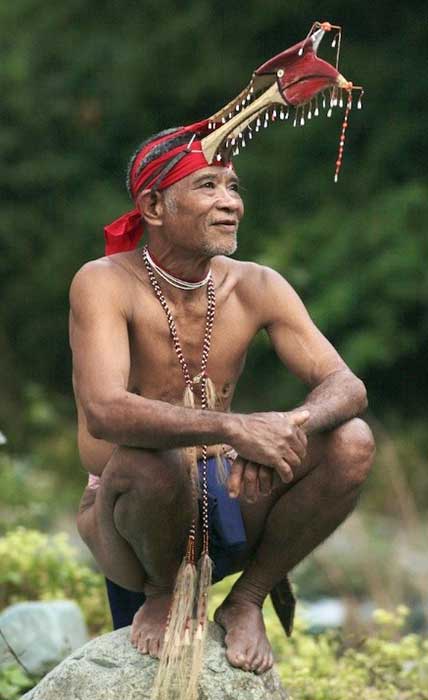 BAYOMBONG, Philippines – Tucked away in the Sierra Madre mountain range, primarily in the provinces of Nueva Vizcaya, Nueva Ecija, Isabela, Quirino, and Aurora, is the Bugkalot tribe. The name of the tribe is derived from the root word kalot meaning “interwoven,” although the tribe is more popularly known to outsiders as Ilongots, meaning “head hunters.”

The Bugkalot’s population is estimated to be around 80,000 and reported to be descendants of Indonesians, according to anthropologist Laurence Wilson. They were among the first people to settle in the Philippines and the earliest dwellers of the forests of Aurora, Nueva Vizcaya, and Quirino, along with the Dumagat and Agta.

Although the Bugkalot are divided into various subgroups that are different from one another, they all share certain linguistic and cultural characteristics. Their skin color ranges from fair to dark, and many of them had converted to Christianity in the 1950s after the arrival of the missionaries in their lands.

Previously known for their head hunting practices, the Bugkalot were among the bravest indigenous groups who fought Spanish, American, and Japanese invaders from conquering their villages. Despite fending off foreign invaders, the influx of lowlanders in their areas eventually contributed to the Bugkalot’s transformation.

Although others are more familiar with the name Ilongot, the majority of the tribe prefer their original and official tribal name, Bugkalot. Their language, also called Bugkalot, is still spoken by many. They are also fluent in Tagalog and Ilocano, which they mainly use in trading especially among those from Quirino province.

Swidden agriculture, also known as shifting cultivation, is one of the major economic activities of the Bugkalot. They grow crops that are harvested and sold to lowlanders. Another source of their food and livelihood is fishing, particularly for those residing near the river.

In recent years, education has become important to Bugkalot parents, who are determined to send their children to college for a better future. Thus, many of the Bugkalot nowadays hold college degrees, enabling them to live in highly urbanized cities within and outside of the Philippines.

The Bugkalot are proud of their culture and heritage and continue to keep their rich history alive through their traditional colorful costume and trappings. Several expert makers of the tribe’s traditional crafts can still be found in Nueva Vizcaya, where they teach fellow tribesmen, especially the younger ones.

The male headdress called tukbed is an essential artifact of the Bugkalot. It is made from a rattan frame, with designs that vary depending on the rank of the tribe member. Thus, the tukbed functioned as a status symbol of successful head hunters in the olden days. Furthermore, a long earring worn on the left ear is traditionally worn when a Bugkalot man triumphantly severs a head for the first time.

A gathering of indigenous peoples in northern Luzon is organized annually to educate and remind the Bugkalot along with other tribes in the area of their traditional rituals, dances, and songs. With the help of the government and the tribe’s commitment to celebrate their rich culture, the Bugkalot traditions are likely to flourish well into the future.

Image from the Bugkalot Confederation, http://bugkalot-tribe.com/lifestyle-of-the-bugkalot-people/