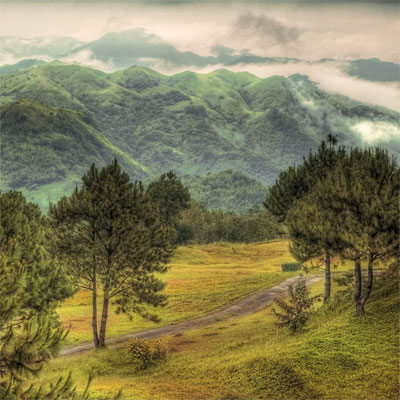 BALER, Philippines – The once-isolated Sierra Madre Mountains, which extends from northern to central Luzon along the Pacific coast, have completely transformed in the last few decades. It is the longest mountain chain in the country and the largest surviving territory of old-growth tropical rainforest. It covers several provinces, including Aurora, Bulacan, Cagayan, Isabela, Laguna, Nueva Ecija, Nueva Vizcaya, Quezon, Quirino, and Rizal.

The Sierra Madre is more than just the largest rainforest in the Philippines. This mountain chain has been the home of the last surviving hunter-gatherer groups called the Agta. They are commonly referred to as the Negritos, since the Agta belong to the Negrito ethnolinguistic group. The Agtas are scattered extensively and settled in the areas of Aurora, Cagayan, Isabela, Quezon, and Quirino. They are estimated to have lived in the islands for at least thirty-five thousand years and have subsequently relied on both the forest and the sea for survival.

The Agta people are characteristically small in stature, dark-skinned, and have kinky hair. Their traditional clothing include the tapis (skirt) for women and the bahag (breechcloth) for men but have now been replaced by modern clothing. For generations, they have depended on the rainforest of the Sierra Madre for food, in addition to hunting larger animals such as wild pig, monkey, and deer using bows and arrows. Those living near the rivers or shorelines engage in fishing for sustenance, as they can easily gather fish even with their bare hands.

Today, the influx of new settlers as well as the depletion of resources in the forests have destroyed much of the Agtas traditional life. They have learned to adjust to the ways of the lowlanders and have changed their lifestyle in the last few decades. The scarce supply of animals for hunting, the lack of title ownership to their ancestral lands, and the privatization of beaches for tourism are just some of the reasons why many of them have now opted to live among lowlanders rather than in the dense forest.

Since the forest they rely on for food has been cut down, many of the Agtas work nowadays as laborers to earn money to provide food on the table for their families. They have become multilingual and are able to converse in Tagalog, making it easier for them to interact with other recent incomers who have migrated to the area. The food choices of the Agtas have also shifted, as many choose to cultivate cereal grains or roots instead of forest plants.

In recent years, farmers and loggers have become the greatest problems in the Sierra Madre. The fields once entirely dominated by the Agta people are now infiltrated by loggers that illegally cut trees, consequently destroying their natural habitat. Health problems, such as liver complications due to excessive drinking, a habit acquired by the Agtas only after having contact with different peoples, are also increasing. In addition, although the Agta women have high fertility rates, they die due to complications from childbirth.

In 2011, the government granted some of the Agta people ownership of ancestral domains they have been occupying since time immemorial. Almost two hundred families were granted titles to some 88,000 hectares in the province of Cagayan. Many of the country’s indigenous peoples are becoming more marginalized and deprived of their rights to their own lands. Hopefully, a fair and just program to protect and promote the Philippines’ more than eleven million indigenous groups will be developed to help keep them afloat for generations to come.