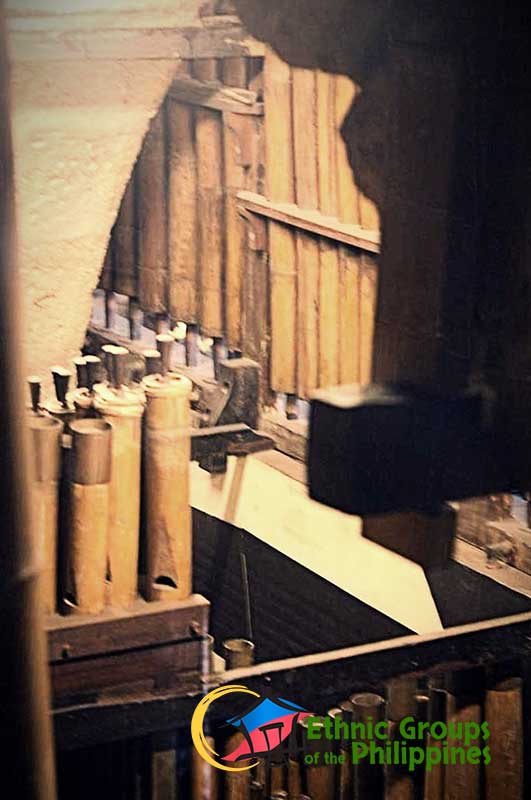 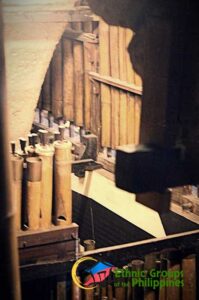 MANILA, Philippines – The Bamboo Organ is a 19th century church organ housed in Saint Joseph Parish Church in the city of Las Piñas. A masterpiece created in the Spanish occupation in the Philippines, the instrument was made entirely of bamboo and was constructed by Diego Cera. More than two hundred years later, the bamboo organ stands firm despite numerous calamities that have struck the country. To this day, it continues to delight churchgoers and visitors with its unique sound.

Diego Cera was a Spanish Catholic priest of the Augustinian Recollects who was also the first parish priest of Las Piñas. He invented the world-renowned Bamboo Organ and after eight years of experimentation, he finished the organ in 1824. It features 1,031 pipes, 902 of which are made of pure bamboo, 129 metal stops, and two instrumental ornaments; the pajaritos, which produces a bird-like sound, and the tambor, which produces a drum-like sound. The bamboo canes were buried in the sand for at least a year prior to its production so as to prevent them from future deterioration.

Although several typhoons and earthquakes struck the country following the bamboo organ’s construction, Father Cera would unfailingly recondition his masterpiece. In the years after his demise, repairs were mostly entrusted to the expertise of the local Filipino craftsmen in the parish. However, a string of catastrophes in the 1880s—a powerful earthquake in 1863 and strong typhoon in 1882—destroyed the church’s roof. Water and stones penetrated the organ case, causing it to stop producing music for many years.

The lack of funds prevented the rehabilitation and restoration of the bamboo organ in the 1900s until the German government offered some funds for its repair. Technicians from Klais Orgelbau assigned to repair the instruments personally arrived in the country to deconstruct and ship it to Bonn. Nearly two years since it was dispatched, the instrument was brought back to Saint Joseph Parish Church in 1975. The locals rejoiced the rebirth of the instrument and this paved the way for the creation of the Bamboo Organ Festival.

Following the bamboo organ’s return from Germany, the first Bamboo Organ Festival was organized in 1976. The annual festival showcases the exceptional sound of the instrument with performances from guest musicians, both local and international. Unfortunately, the popularity of modern music and the lack of funds have greatly affected the festival over the years. It is feared that this alteration might put an end to the preservation and promotion of one of the country’s national cultural treasures.

The Genius Behind the Las Piñas Bamboo Organ

Father Diego Cera was born 26 July 1762 in Villa de Graus of Huesca, one of three provinces in the autonomous region of Aragon, Spain. He became a Recollect in 1787 at the convent of Barcelona, now the Parish of Santa Monica. As a gesture of his devotion to his personal patroness, Our Lady of Mount Carmel, he took the name of Fray Diego Cera de la Virgen del Carmen. Father Cera volunteered as a missionary in the Philippines and reached the port of Manila in July 1792.

In June 1794, Father Cera was assigned as a missionary in the city of Mabalacat in Pampanga. Subsequently, in December of the following year, he became the first parish priest of the newly created town of Las Piñas. He transformed the small fishing village of about 400 inhabitants and paved the way for the development in the area. In 1816, he started building the bamboo organ shortly after nearing the construction of the stone church of Las Piñas, also known as the parish church of Saint Joseph.

Father Cera might be famous for the Las Piñas Bamboo Organ, but he also built several pipe organs in the country during his 40-year stint in the Philippines. His creations include a grand organ with 33 stops in San Nicolas, Intramuros and an old organ in the Cathedral of Manila. He also trained local craftsmen who later made bigger organs, including those in the parishes of Bohol. In May 1832, Father Cera resigned as Las Piñas parish priest due to his declining health. He passed away two years later on 24 June 1834 at the convent of San Sebastian in Manila.