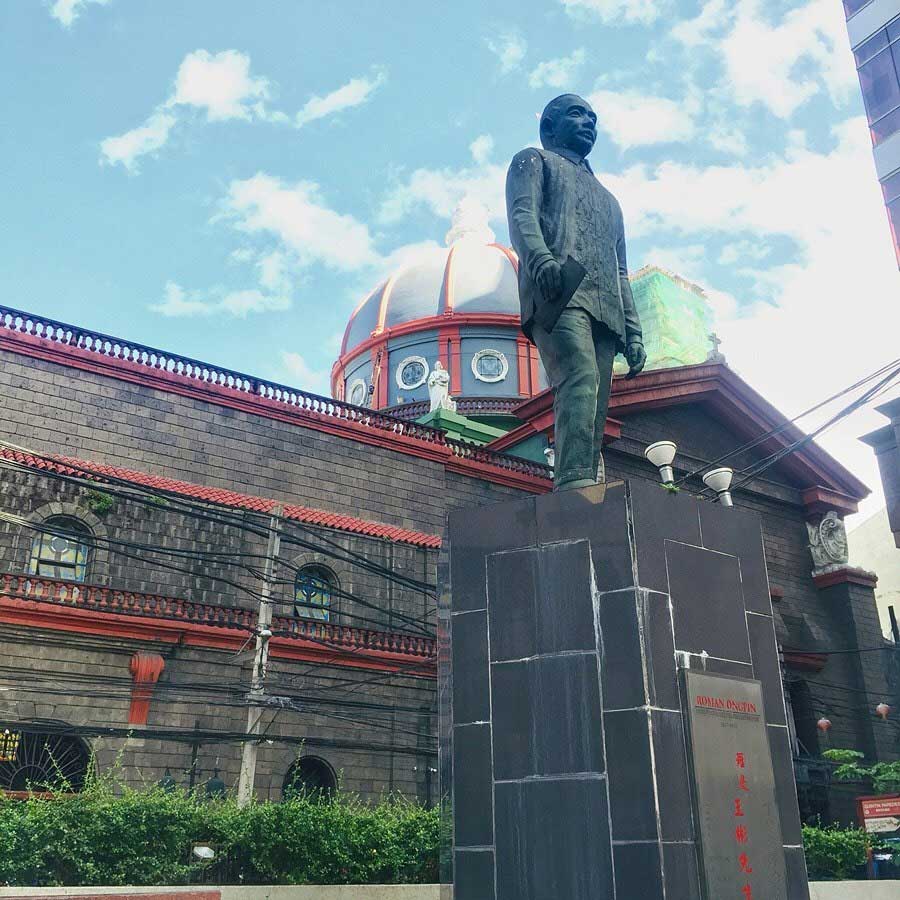 MANILA, Philippines – The Chinese have made many contributions and played an important role in Philippine society. For centuries, the Chinese and their descendants have occupied important positions in the Philippine government and have become prominent figures in our history. Many of them participated and fought and struggled for independence alongside Filipinos during the years of Spanish rule, American colonialism, and Japanese invasion. Among them is Roman Ongpin, whose participation and heroic acts are worth remembering.

The busiest street along Binondo, Manila, the oldest Chinatown in the world, was named in honor of Roman Ongpin. He was born on February 28, 1847 in Binondo to a Chinese immigrant family from Fujian. Ongpin was best known as the financier of the Revolution in the 1896 uprising against Spain. Similar to many Filipino–Chinese in the country, Ongpin was trained by his father to do well in business at an early age. Consequently, he became a successful businessman and storeowner.

At age 35, Ongpin opened El 82, a shop similar to today’s department store. They sold non-perishable goods and delivered them to their customers using a horse-drawn cart. He was appointed as Teniente General de Mestizos in the years 1883 to 1885. On top of that, he also headed a charitable organization that helped impoverished children and disabled war veterans. Ongpin was said to be a fanatic of the barong, a traditional Filipino men’s attire which he would wear every day.

Heroic Undertaking for the Philippines

Roman Ongpin was a member of the Katipunan or Kataastaasa, Kagalanggalangang Katipunan ng mga Anak ng Bayan founded in 1892. The movement was composed of about 10,000 to 40,000 members called Katipuneros who opposed Spanish rule and aimed to gain independence through revolution. As an exclusive supplier of art materials, his shop was frequented by distinguished artists. Thus, Ongpin was able to befriend numerous members of the Propaganda Movement called the ilustrados including Juan Luna and Jose Rizal.

Ongpin discreetly financed the Katipuneros, allocating funds for food and necessary supplies. He provided the Filipino revolutionaries with arms, ammunition, and smuggled other prohibited essentials. His shop also became the source of information and meeting place for the organization. Subsequently, he was arrested sometime during the Spanish period when one of El 82 shipments was caught transporting weapons concealed in a pile of wood and stashes of bullets hidden inside cans of paint.

When the Americans took over, Ongpin remained a staunch supporter of the revolution and continued helping. Eventually, he was captured shipping supplies to Aguinaldo and carrying a letter with his signature attached to it. He was locked up between December 6, 1900 to March 23, 1901, practically the same time Aguinaldo was captured by the Americans. In contrast to the fair treatment he received during his imprisonment by the Spaniards, the Americans treated him quite badly.

In the following years, Ongpin continued to be a loyal patriot, even passing it to his children whom he required to speak Tagalog and display the Philippine flag from the window during Independence Day, although prohibited by the Americans. He died on December 10, 1912 and interred at the Manila North Cemetery. Ongpin was survived by his wife Pascuala Domingo y La Encarnacion, granddaughter of Filipino painter Damian Domingo. A statue of him stands at the end of Ongpin Street today, reminding us that once upon a time in our history, a Chinese patriot also fought for the country’s freedom.