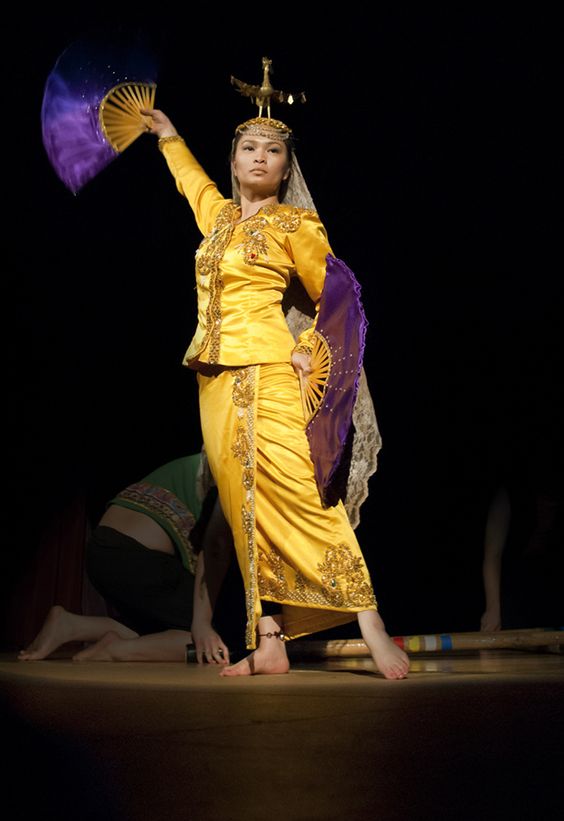 QUEZON CITY, Philippines –  K-Pop hip-hop, and breakdance are just some of the famous dance moves today. As the world continues to evolve and change, younger generations are slowly taking over, leaving many of the old traditions behind. Dance is shaped and established across generations, reflecting the changes in a nation’s culture.

The Philippines’ multifaceted history from years of colonization paved the way for the peculiar and beautiful traditional dances in the country, with hints of Hispanic, European, and Asian cultural influences. Each region has its own unique dance variations that are staged during festivals and local shows. Although today’s popular folk dances have evolved, they still honor our cultural roots.

Filipino folk dances are colorful, beautiful, and vibrant. Their movement, dress, and music reveal the unique Filipino culture and are important in building a national Filipino identity. Most dances in the country were inspired by everyday activities, such as working in the fields and harvesting rice, as well as celebrations such as feasts, weddings, and births. Philippine folk dances consist of five major suites, namely Cordillera, Maria Clara, Muslim, Lumad, and Rural.

Each of the suites involves a repertoire of folk dances that hail from different locations in the country. Cordillera suite comprises dances from the mountainous region of the north known to be the home of ferocious headhunters who existed even before the arrival of the Spanish. Music plays a vital role in their lifestyle, and events such as war, courtship, marriage, or good harvest involve dance. Ragsaksakan (merriment), banga (pots), and tarektek (woodpecker) are examples of dances from the Cordillera suite.

Maria Clara suite includes dances adapted from various European influence blended with a native flair and style. Apparent in these romantic dances are courtship, love, and flirtation. The Spanish occupation of the Philippines in the 16th century brought changes to the majority of Filipinos, who adapted the European culture. Named after the lead female character in the novel Noli Me Tangere written by Jose Rizal, the Maria Clara suite symbolizes the virtues and nobility of a Filipina woman fused with Spanish elegance, making it popular among urban Filipinos at the time. The famous Cariñosa of Panay Island, habanera (wedding dance party) of Zambales, alcamfor of Leyte, and balse belong to this suite.

Long before the Spanish occupation, Javanese and Middle Eastern traders brought the religion of Islam and converted many inhabitants of Mindanao in the southern part of the Philippines. Muslim dances are known for their intricate hand and arm movements, as well as their shimmery costumes. These dances persisted in the last six hundred years despite prohibition by Islamic teachings. They are presented with vivid colors and rhythmic movements, revealing the influence of Arabian and Indo-Malaysian cultures. Most dances narrate pre-Islamic history and are accompanied by musical instruments, such as kulintang and agung. Singkil is the most popular dance among the Maranao and Maguindanaons. Other Muslim suite examples are kini kini (meaning royal walk), kapagasik, and kaganat sa darangen, which illustrate the customs of wearing a malong (also called patadjong in Visayan).

Several ethnic groups occupy the southern Philippines, including the 18 tribal groups collectively known as the “Katawhang Lumad” or simply Lumad. These are the indigenous groups who still live traditionally, similar to how their ancestors existed centuries ago. Lumad or tribal suite are dances of ethnic pagan origin that portrays rituals to honor pagan gods. It includes dances such as dugso of the Higaonon, sohten of the Subanon, and lawin-lawin of the Bagobo.

Rural suite originated in the Christian Lowlands of the Philippines. The dances embody the many joys of work and life among simple countryfolk, who tend to their farms during the day and relax after a hard day’s work through dancing. It also includes lively musicians playing guitars, as well as cheerful villagers. Among the most popular dances of the rural suite is gaway-gaway of Jaro, Leyte that portrays children celebrating a beautiful harvest of the gaway root crop, with movements similar to the pulling of the stalks. This suite also includes dances such as maglalatik, palu-palo of Laguna, tinikling, pandanggo sa ilaw, sinulog, and binasuan.

To preserve these dances, Francisca Reyes Aquino, who is considered the legendary “Mother of Philippine Dancing,” dedicated more than four decades of her life to the collection and dissemination of much of the available information about Philippine folk dances. Since 1921, she has visited various places, including remote areas, for research. She then recorded all the information she had collected to preserve the authenticity of folk dances. She also founded The Philippine Folk Dance Society, bringing together people who are interested in folk dancing. This led to the formation of various dance troupes, who performed the dance movements of these folk dances the same way as our ancestors. Among the famous groups in the industry are Bayanihan Folk Dance Company, Filipiniana Dance Company, Baranggay Troupe, FEU Troupe, and UE Dance Troupe.

At present, most folk dance performances can be enjoyed at the Cultural Center of the Philippines (CCP), which showcases an eclectic range of local and international performance in dance, music, theatre, and more. Local restaurants, in addition to a few hotels, also have weekly folk and ethnic dance presentations. Dance never stops growing and changing, and it can either flourish or die depending on how we nurture it. The efforts of the Philippine government, as well as that of the local community, are essential to preserve and promote this national treasure. Folk dance tells us a story. It gives us a peek into our ancestors’ lives long ago, as well as the vibrant side of our people and culture. More effort is needed to conserve and showcase these folk dances today so that people will remember their beauty and future generations will be able to appreciate our wonderful heritage.