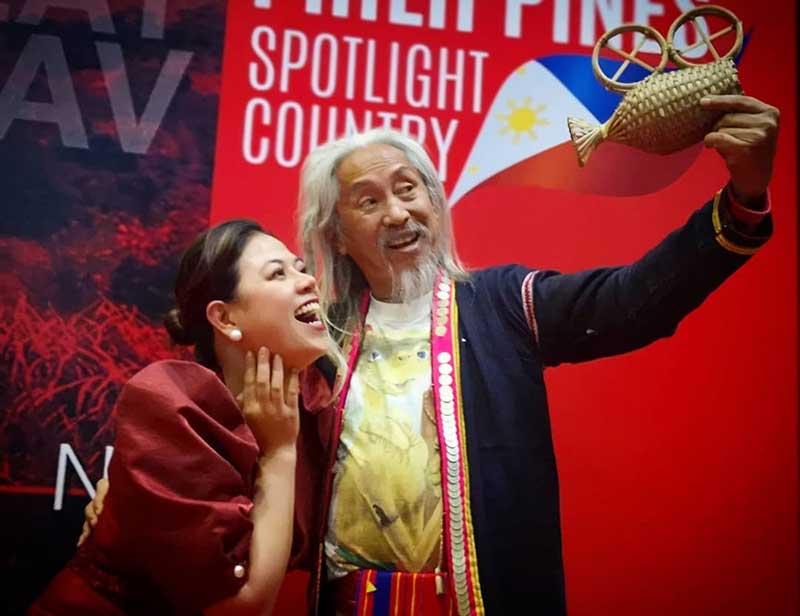 MANILA, Philippines – Filipinos have been watching movies since the late nineteenth century. More than 8,000 films have been created in the Philippines since then, generating around ₱2 billion in revenues annually. This year, 2019, marks a special year as the nation celebrates the Centennial Year of Philippine Cinema. In recent times, Filipino films have been increasingly visible in the international scene, receiving frequent recognition and numerous accolades. As we celebrate one hundred years of Philippine cinema, one can only hope for the local film industry to continue to thrive for the next 100 years.

Jose Nepomuceno, known as the Father of Philippine Cinema, opened a production company called Malayan Movies in 1917. He was the first ever Filipino to produce a film entitled Dalagang Bukid (“Country Maiden”) released on September 12, 1919. His masterpiece entitled Noli Me Tangere (“The Social Cancer”), which is based on Jose Rizal’s novel with a similar title, is considered one of the greatest films in the history of Philippine cinema. Although movies were introduced to the Philippines by two Swiss businessmen in 1897, it was Nepomuceno who pioneered the movie industry in the country.

Even back in the early days, foreign movies dominated the film industry in the Philippines. Documentaries procured from the United States and Europe were first shown during the Spanish period. Foreign films continued to loom over the local market up to the 1980s, since there were no restrictions to the influx of foreign films. Nevertheless, four major local film companies rose to prominence after World War II ended: Sampaguita Pictures, LVN Pictures, Lebran International, and Premiere Productions. Each studio specialized in different genres.

The 1950s was considered the Golden Age of Philippine Cinema because it was the decade when high artistic values were developed. International film festivals started recognizing local films, such as Manuel Conde’s Genghis Khan (1952), which competed at the Venice International Film Festival and Cannes Film Festival. Leroy Salvador won best supporting actor in 1953 Asia-Pacific Film Festival as well as 1960 Asian Film Festival. At the time, the Philippines was producing around 350 movies a year.

During the Second Golden Age of Philippine Cinema between 1970s to early 1980s, several directors made a name for themselves: Lino Brocka, Celso Ad Castillo, Mike de Leon, Ishmael Bernal, Mario O’Hara, and Peque Gallaga. A handful of young filmmakers were also recognized in different festivals abroad. For instance, Kidlat Tahimik, dubbed as the Father of Philippine Independent Cinema, won the International Critic’s Prize in the Berlin Film Festival in 1977. The Philippines was ranked among the top ten film-producing countries in the world, with more than 300 movies being produced annually.

Piracy and the dominance of Hollywood movies in the new millennium led to the recession of the local film industry. On the other hand, the new millennium ushered in digital media, which paved the way for independent filmmakers to infiltrate the industry. These films were frequently picked up at international film festivals. Raymond Red’s short film Anino (“Shadow”) won the Palme d’Or at the Cannes Film Festival in 2000. In addition, Brillante Mendoza’s Kinatay (Butchered) won him the Best Director award in the 2009 Cannes Film Festival.

In the last decade, Filipino films have reached a much wider audience, such as Europe, United States, and in the neighboring Asian markets. Participating in international film festivals abroad has helped disseminate the films to potential foreign distributors who show Filipino films in their own region. Since the early 2000s, there has been an increase in local film festivals in the country that help support filmmakers and boost the number of locally made films. The Film Development Council of the Philippines (FDCP) and The National Commission for Culture and the Arts (NCCA) are two of the government organizations that support local festivals.

As Philippine Cinema celebrates its centennial year, the industry is projected to continue to improve and fulfill its true potential. Often, low-budget movies from Filipino moviemakers have strong showings in foreign festivals, an indication of Philippine Cinema’s bright future. With the proper platforms and plenty of opportunities for all Filipino filmmakers as well as the continuing support of the public, Philippine Cinema will surely prosper for another century and beyond.