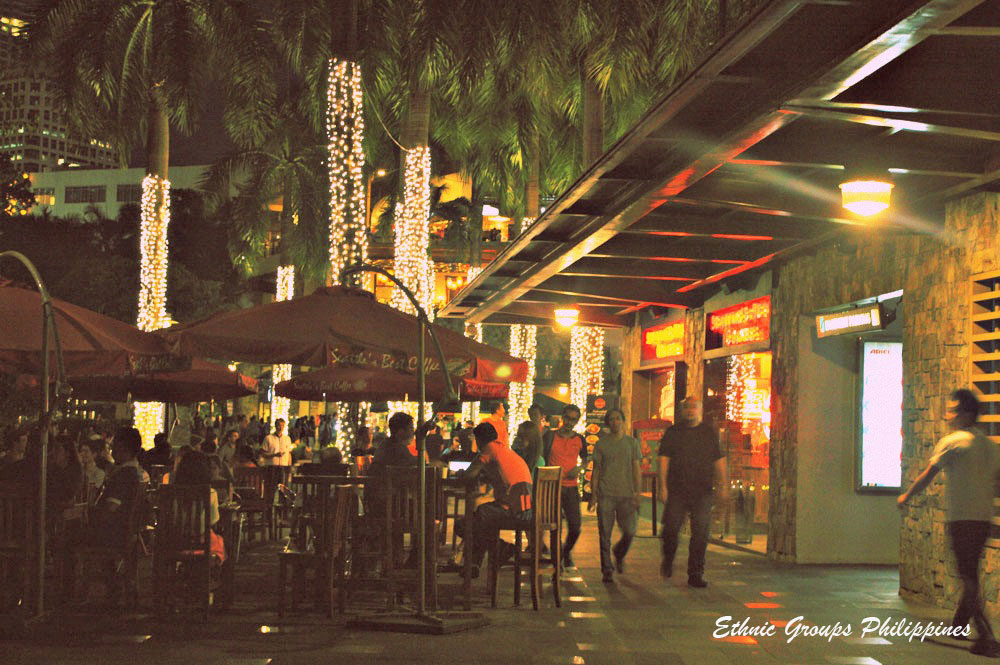 Since most offices close at 5:00 pm and the sun sets at around 6:00 pm, the action starts relatively early in the night. Filipinos love to socialize, spend quality time with friends and loved ones, unwind, and reward themselves for a hard day’s work. Besides, mobility gets better as the night wears on because there are fewer cars on the road. In fact, some areas start to rev up as the majority of the metropolis winds down. The pace of evening entertainment seems to have picked up in recent years. For instance, high-end restaurants and clubs have proliferated and numerous international bands and DJs have been flying in to perform.

The hottest nightspots are Taguig, Makati, Manila, Pasay, Pasig, and Quezon City, and they serve different flavors of the Philippine capital’s culture. Expatriates and white-collar workers congregate in Makati’s upscale restaurants and watering holes, while most celebrities and VIPs hangout in Taguig, which boasts sophisticated malls and luxurious clubs. Pasay has long been known for its girly bars, but more than that, the city is also home to performing arts theaters. These show venues host musicals, plays, and concerts, featuring some of the country’s top artists. Like Pasay but on a more cozy scale, Pasig offers live bands and acoustic performers to those who want to hang loose and relax. Meanwhile, Quezon City has been a favorite of comedy bar aficionados and has trendy but affordable bars that are within walking distance of each other.

The night scenes in the country side are much calmer than those of the bustling cities. Although a bar or two may be available, many folks have their own karaoke or “videoke” machines at home. Usually, friends gather around a table in the evening, singing and drinking together while nibbling on some pulutan or “beer chow.” Pulutan is any food that’s easy to pop into the mouth while drinking; it can be barbequed skewered pork, peanuts, sisig, chicharon, calamares, and other types of street food. Pulutan is a mainstay of drinking sessions, as it is believed that consuming alcohol on an empty stomach is bad for the health and can quickly lead to intoxication. Beer is the all-time favorite among drinkers; there is a wide selection of local and imported beers, wine, and liquor. Popular drinks in rural areas are the locally produced spirits: gin, rum, tuba, and lambanog.

The Philippines has been voted as best in entertainment by the Asian expat community. Regardless of mood, inclination, social status, nationality, or creed, there is always that perfect spot for unwinding and blending in some corner of the country. And the price of partying is as friendly as the Filipinos.