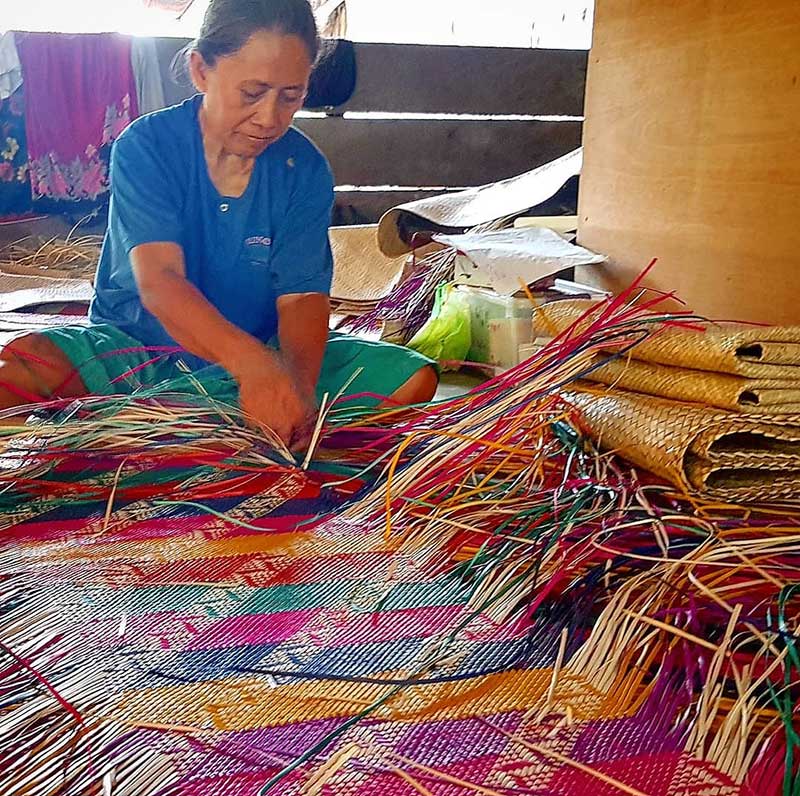 PUERTO PRINCESA, Philippines – Palawan is the fifth largest island in the Philippines and is home to numerous indigenous groups, including the Molbog tribe. Also known as Malebugan or Malebuganon, the Molbog inhabited the Balabac island located in the southernmost tip of Palawan. They are part of the Muslim minority in the Philippines that is made up of thirteen ethno-linguistic groups. Prior to the arrival of the Spaniards, the Molbogs were already settled in the island and were the earliest inhabitants of Balabac.

The Molbogs are described as migrants from the northern part of Borneo whose population is estimated to be more than twenty thousand. The name Molbog is derived from the word malubog, meaning “murky or turbid water.” It refers to the muddy water that surrounds the bay area caused by flood water flowing from the interior. After some time, Balabac island was called malubugon while its inhabitants were referred to as Mulbog, which is likely derived from the term malubugon.

The island of Palawan used to be a trading hub between the Philippines and Brunei where Tausug merchants often pass through the area to refill their water and food supplies. According to linguistic and historical evidence uncovered by Blanchetti, the Molbog were once an indigenous Palawan subgroup that converted to Islam. After interactions with the Tausug and Samal ethnic groups as well as other elements of the Sulu Sultanate, the Molbog assumed a new and independent identity.

In the olden times, the Molbog were ruled by Sulu datus under the Sulu Sultanate with each village controlled by religious leaders. Intermarriages among the Tausugs and Molbogs gave rise to the Islamization of the latter. The offspring of these intermarriages are known as kolibugan or “half-breed.” Today, many Tausug and Jama Mapun words are found in the Molbog dialect. As Islam practitioners, they follow the Five Pillars of Islam and perform basic Arabic chanting regularly.

The Molbogs’ livelihood includes fishing, subsistence farming, and barter trading with the people in nearby Sulu as well as in the Sabah market centers in the neighboring state of Malaysia. They grow coconuts and sell copra. The majority of the Molbog communities are located in isolated mountain regions that are hard to reach. Most often, their traditional beliefs and customs passed on from one generation to the next are related to healthcare and safety.

One famous Molbog tradition is the dance ritual for offering, healing, and prayer. It is performed during weddings or thanksgiving celebrations to appease the gods. A practice of the tribe that is slowly disappearing along with the advancement of technology is the tradition of making clothes or fabrics out of bamboo skin. Bamboo fabric is made from the pulp of the bamboo grass, which is spun and dyed for weaving into cloth. Today, this practice is kept alive by presenting it to tourists visiting the island.

Although Palawan was primarily inhabited only by three groups of indigenous peoples, it has become a major destination among settlers by the twentieth century. Muslim inhabitants such as the Tausug and Jama Mapun who originated in Mindanao or Sulu made the island their home. At present, the Muslim population in Palawan is around 120,000 to 150,000 out of a total provincial population of 750,000. They represent the majority of the populations in Palawan’s two southernmost municipalities.