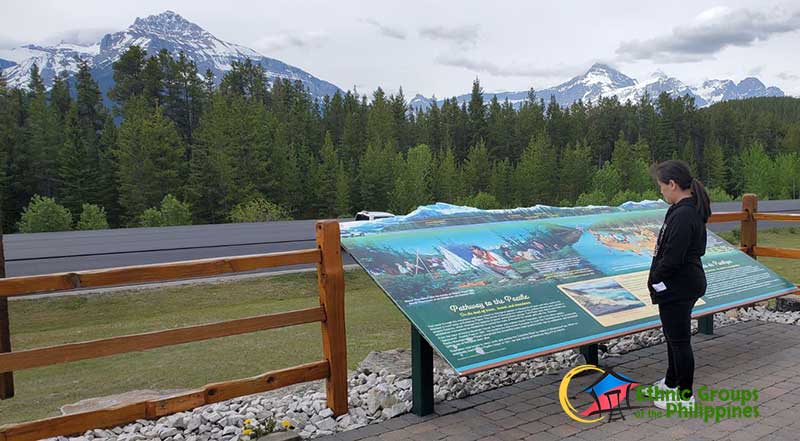 MANILA, Philippines – Filipinos are everywhere! No matter which corner of the world we visit, we are sure to find at least one or two fellow Filipinos. Perhaps this is because it runs in our DNA; our Filipino ancestors were known as fearless seafarers who crossed the open seas to live on the archipelago. Currently, there are more than 12 million Filipinos in more than a hundred countries, with nearly one million of them in Canada. Filipinos have grown to become one of the country’s largest immigrant groups over the last few years.

Though not as large as the immigration to the United States, successive waves of immigration to Canada have been increasing over the last century. The presence of Filipinos in Canada was recorded as early as 1886 in Bowen Island, a small island located in British Columbia inhabited by the Squamish First Nation. A Filipino fisherman named Fernando Toreenya, his wife Mary, and three other people from the Philippines were some of the early Filipinos that occupied the island.

The problems of unemployment and underemployment in the Philippines drive thousands of immigrants and Overseas Filipino Workers (OFW) to relocate every year, and Canada’s prosperous economy makes it a desired destination. Labor migration has been steadily increasing since the first recorded Filipino migrants in the 1930s. As one of Canada’s largest immigrant populations, Filipinos are able to fill important labor shortages in industries such as nursing and caregiving. Cash remittances sent back home from Canada alone totaled more than 1 billion US dollars in 2020.

The success stories of people and families in Canada cannot be achieved without struggles and challenges. Moving to a foreign country is not always easy, especially among first-generation immigrants who struggle to find a sense of belonging and feel the pressure to assimilate into a new culture. Raelyn, an 11-year old who recently moved to the country with her family, cried at the airport. She was hesitant and sad to leave her friends behind. More so, she was apprehensive about whether she can adjust and adapt to the culture of a new country.

Every year, one million Filipinos leave the country, forced to toil in distant lands in the hopes of giving their families a better life. Raelyn’s parents were both engineers in the Philippines but decided to relocate after the family was granted permanent residency in Canada. Raelyn’s father Robert had been working in Canada for four years before reuniting with his family and staying for good. “Although I had to give up my engineering career, I make more money here than what I used to earn back home,” Robert added.

Common challenges for newcomers, such as the loneliness of leaving their family behind, proficiency in English (or lack thereof), cold climate, and adjustment to a more laborious job almost discouraged Robert in the first two years. According to him, his salary was good and he was able to send a good amount of money to his wife and child, but the sadness he felt from being alone and far from them also made him want to go back. “Fortunately, my wife was very supportive and my company encouraged me to bring my family here,” he mentioned.

Since the 1960s, migration from the Philippines to Canada has remarkably increased, making Filipinos of ethnic origin the third-largest Asian Canadian group after the Indian and Chinese. A census in 2016 showed there are 837,130 Filipinos inhabiting Canada’s metropolitan areas like Vancouver, Toronto, Calgary, and Winnipeg. Additionally, over 90% of the Filipino population resides and works in four provinces, namely Alberta, Ontario, Manitoba, and British Columbia. Many of them gather in areas with ample economic opportunities.

Most Filipinos arrive in Canada with skilled credentials and are professionals with a bachelor’s degree but often gravitate to jobs in retail and the food and beverage industry that doesn’t need additional schooling. Finding a job is the top priority upon arrival since many have to send remittances back home. Lira San Jose was a certified nurse from Batangas before landing a job in a fast-food chain in Edmonton. According to her, the main goal was to find a job and make money so she can help her elderly parents back home.

Over the years, generations of Filipinos have eventually brought their families to live in Canada. Nannies or caregivers under the former Live-In Caregiver Visa were able to secure permanent residency for immediate members of their family after completing two full years of work. Although that provision has been reformed when the visa system changed in 2014, many are still willing to sponsor relatives despite the hurdles. Family reunification has motivated immigrants to make a new home in Canada hoping to one day be able to bring their family to join them.