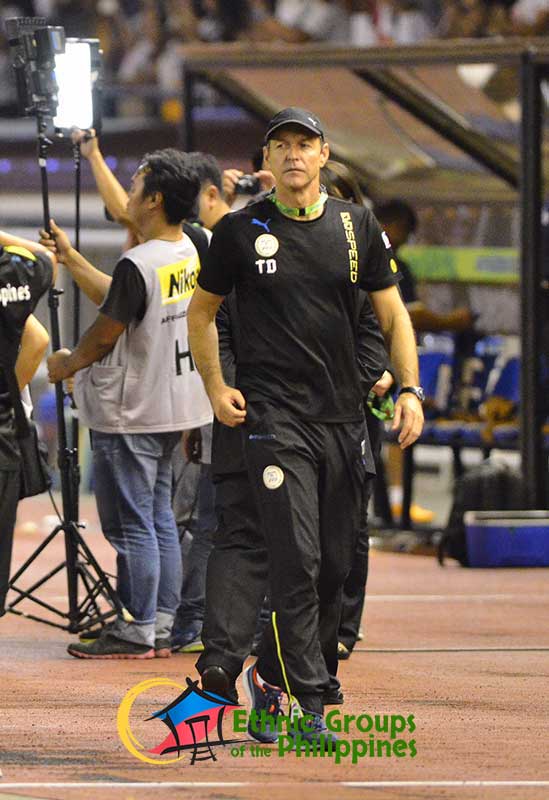 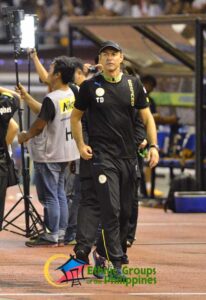 MANILA, Philippines – The addition of former US team captain Thomas Dooley to The Philippine Men’s National Football team between the years 2014 to 2018 lead the country to its first ever AFC Asian Cup qualification. More than a hundred years after the Philippine Football Federation (PFF) was established, Philippine football or soccer is experiencing a renaissance, and Filipinos are finally getting attention from international leagues.

The Philippine Men’s National Football team, also known as the Azkals, was at its peak under the tutelage of Thomas Dooley. As head coach of the team for four years, Dooley led the Azkals to their highest rank in the FIFA world rankings (111th) after their historic win against Tajikistan at the culmination of the AFC Asian Cup qualifying campaign. This rank is a far cry from the team’s 130th spot prior to his arrival.

Thomas Dooley was born and raised in Germany but holds a dual citizenship due to his father being an American. A veteran of the West German first division, he played for Homburg, Schalke, as well as Kaiserslautern, which he helped win a Bundesliga league and cup title. He made a great contribution to the United States as a captain for the US Soccer Men’s National Team in the 1994 and 1998 FIFA World Cup tournaments. Moreover, he played in the USA’s Major League Soccer for Columbus Crew and New Jersey Metro Stars. He retired in 2000 and finished his international career as a football player with 81 caps and 7 goals.

When Dooley joined the US team in 1992, the team was still trying to find its way into the leagues. Dooley helped them rise through the ranks. Similarly, when Dooley joined the Azkals as head coach, he greatly contributed to the team’s international reputation and success.

Prior to mentoring the Azkals, Dooley served as a head coach for Saarbrücken based in Germany and as an assistant coach for the U.S. men’s football team in 2011 under Jürgen Klinsmann. Coaching the Azkals, however, was his first major endeavor at the international level. Dooley was like a breath of fresh air for the team. He brought in several underrated and homegrown players who fared well during his reign.

Since assuming the role, Dooley has been very vocal about beefing up local athletes and encouraging young players who aim to represent the country. Recognizing the great potential of Filipino football players, he once likened the Philippines to both Argentina and Brazil. Although he admitted that it might take years to accomplish such a goal, he’s confident enough that it will happen with the right training and support from the fans.

Over the years, football has gradually gained popularity, and the former defender and midfielder is very keen to further help promote soccer culture in the Philippines. He wanted to create more opportunities for the locals, especially young players. With him at the helm, the Azkals was a combination of experienced and young players, homegrown and foreign-born, who meshed harmoniously and played excellent football.

Dooley withstood tough opponents during his time with the Azkals. He brought the Azkals to greater heights and stood by them through disappointing defeats that motivated them to work harder. He forever left a mark on every Filipino football fan’s heart after clinching the country’s first-ever spot in the Asian Football Confederation (AFC) Asian Cup after defeating Tajikistan. He bade farewell in April 2018 and left behind a record of 20 wins, 15 loses, and 11 draws since he commenced in 2014. Although his time with the Azkals was cut short, Dooley was certain that the country is heading in the right direction.

Following his coaching stint in the Philippines, Dooley worked as sports director of the Vietnamese club Viettel FC based in Hanoi. As of January this year, he assumed a new role as the new head coach of Sri Pahang FC in the Malaysian Super League. Nevertheless, when asked about coaching in the Philippines again, Dooley has nothing but good things to say. He exclaimed, “I love the Philippines and would love to work there again one day. (They have) nice people, good fans, and good players.”