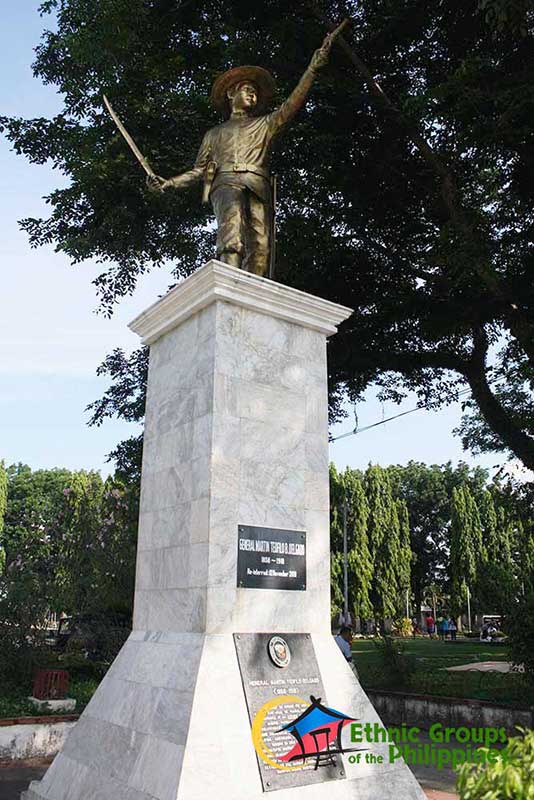 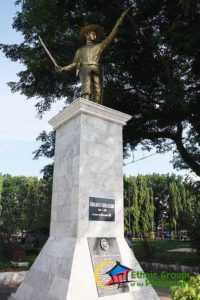 ILOILO, Philippines – As the Philippines celebrates its 122 years of independence, Filipinos commemorate the brave men and women who valiantly fought for freedom. They are the true heroes who sacrificed their lives for the country and for the people. When General Emilio Aguinaldo declared Philippine Independence on 12 June 1898 in Kawit, Cavite, the island of Visayas was still under the Spanish rule. One brave hero who sacrificed his life and headed a simultaneous uprising against the Spaniards is General Martin Teofilo Delgado.

Also known as Tan Martin, General Martin Delgado is an Iloilo native, born to a rich Spanish mestizo family in Santa Barbara on 11 November 1858. His significant contribution to the country’s independence certainly deserves honor and remembrance. Delgado was the general-in-chief of the Revolutionary Army in Iloilo during the Philippine Revolution and the Philippine-American War.

The son of Don Jacinto Delgado and Gabriela Bermejo of Santa Barbara, Iloilo province, Martin Delgado obtained his diploma as a school teacher from the Ateneo Municipal in Manila. Under the Spanish colonial government, he was appointed by Gen. Ricardo Monet, the Politico-Military Governor of Iloilo Province as captain and commander of the Volunteer Militia in Santa Barbara.

Voluntarios were organized Filipino volunteer militia in different regions of the Philippines formed by the Spanish government when the Americans were already gaining ground against Spain in the country. Along with his men, Delgado eventually turned on the Spanish and joined the revolution against Spain. He raised the Philippine flag on 17 November 1898 at the plaza of Santa Barbara and proclaimed the Provisional Revolutionary Government of the Visayas and Mindanao.

The Spanish forces eventually surrendered after a month of intense fighting on 25 December 1898. However, the Filipinos’ triumph was short-lived. Just a few days after the Spanish surrender, the American forces headed by General Marcus Miller conquered Panay. As the military governor and the General-in-Chief of the revolutionary army, Delgado led the Filipino troops in resisting American rule. He later surrendered to the American military governor Edmund Rice on 2 February 1901.

Recognized for his skill and cleverness, Delgado was appointed the First Governor of Iloilo by the Americans in 1901 during the establishment of the Civil Government. He went on to serve two more years after winning as the governor of Panay during the 1902 election and returned to his hometown after completing his term. In the remaining years of his life, it was reported that Delgado fell ill and developed a skin allergy. Despite lack of evidence, some contend that he suffered from a dreaded skin disease known as leprosy.

After completing a medical examination in Hong Kong along with his family, the general came back to the Philippines and tried his luck in politics once more. In 1907, he ran for a seat in the Philippine Assembly and lost. In the years between 1908 to 1912, the general was sent to Culion, a former leprosarium and part of the Calamian group of islands in Palawan. He served as superintendent of the leprosy sanitarium until his death on 12 November 1918.

As the greatest Ilonggo revolutionary general and the first provincial governor of Iloilo, Gen. Martin Delgado’s contribution is honored in his hometown. The town of Santa Barbara is keeping his memory alive with a big monument where his remains are interred. Additionally, a major street in Iloilo was named after him. Spanish Sculptor Ginés Serrán-Pagán made an equestrian statue of Gen. Martin Delgado in 2019, which was erected in front of the Casa del Emperador at the Iloilo Business Park.

General Martin Delgado is among the lesser known heroes of the Philippine revolution. His bravery played an important role in the freedom that Ilonggos enjoy today. His heroism inspired fellow Filipinos to fight for independence and is a great example to us and generations of Filipinos to come.