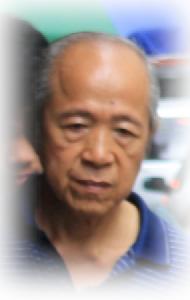 The descendants of mainland and island Chinese who migrated to the Philippines are collectively called Tsinoys, Chinoys, or Chinese Filipinos. However, they can be divided into three groups by the geographic location and language of their origin: Fujianese, Cantonese, and Mandarin. There are Tsinoy communities in practically all parts of the archipelago.

About 98.5% of all unmixed Chinese in the Philippines come from Fujian province. Since most of them speak Fujianese, the traditional migrant network can be a very useful social capital for them.

Chinese had resided in what was to become the Philippines long before the Spanish colonizers arrived. However, there are no records of the exact period of their arrival. The Chinese make up 2-4% of the country’s population, and most of them are either Fujianese or Cantonese dialect groups. Field research on the tombstones in Chinese cemeteries nationwide reveals that Fujianese comprise nearly 89%; Cantonese, 10%; and others, 1%.

The younger generations of Fujianese Filipinos (born after the 1990s) prefer to communicate in Tagalog and English, although they still identify themselves as Chinese.