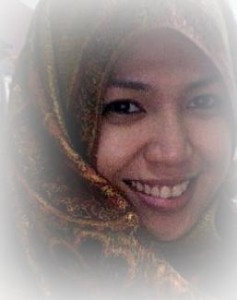 Often characterized as brave warriors, the Tausug people are the dominant group in the Sulu archipelago. They can be found in the areas of Jolo, Indanan, Siasi, and Patikul and have a population of over 1,300,000. They mainly follow Sunni Islamic beliefs and practices and are believed to have come from northeastern Mindanao after having contact with the Sama Bajau traders.

These strong-willed people’s name, Tausug, is coined after tau which means “person,” and sug which means “sea current.” Combined, it translates to “people of the current.”

The Tausug speak the language of the same name, which is under the Bisayan language family. It has lexical similarities with the Surigaonon language and is also locally called Bahasa Sūg. It is adapted from the vocabulary of Tagimaha. Tausug has two dialects, namely, parianum, which is spoken by the coastal people of Jolo, and gimbahanun, which is spoken by people in the interior part.

For their main source of income, Tausugs practice plow agriculture and have three annual harvests: corn and other cereals; rice; and cassava. Other crops they cultivate include peanuts, yams, eggplants, beans, tomatoes, onions, coconuts (for copra), coffee, abaca, and several kinds of fruit. They are also fishermen, as well as traders of livestock such as cattle, chickens, and ducks.

Sultans and Brave Warriors – A Glimpse into the Tausug’s History

It was in the 13th century that the Tausug people migrated from northeastern Mindanao to what is now Zamboanga and to the archipelago of Sulu. Prior to the establishment of their sultanate, Tausugs used to live in settlements called banwa. The leader of the banwa is called panglima and is accompanied by a shaman called mangungubat.

During the Spanish occupation, battles and skirmishes have been intermittent from 1578 to 1898 between the Spanish government and the Moros of Mindanao. This was when the reputation of the bravery among the Tausug warriors was cemented.

In 1899, after the defeat of the Spaniards, Colonel Luis Huerta, the last governor of Sulu, surrendered his battalions to the Americans. This allowed sultans to reclaim authority over the kingdoms in Mindanao.

During the Japanese occupation, just like a lot of Filipinos at the time, several Sulu people were massacred by Japanese soldiers during the Jesselton Revolt. The event bolstered the Tausug people to fight against the Japanese colonizers, successfully driving them out in the process.

However, after the Second World War, the Commonwealth sought to end the privileges enjoyed by the Mindanaons, which had been previously bestowed by the Americans. The Commonwealth thus enacted laws that ended Muslim exemptions on some national laws as expressed in the administrative code for Mindanao, as well as their right to traditional Islamic courts as expressed in the Moro board.

Ultimately, on 1 August 1989, the Organic Act for the Autonomous Region in Muslim Mindanao (Republic Act 6734) established the ARMM that includes the provinces of Lanao del Sur (except Marawi City), Maguindanao, Tawi-Tawi, and Sulu.

The overwhelming majority of Tausugs follow the traditional Sunni Shafi’i Islamic law while retaining pre-Islamic religious practices and the custom of mixing Islam and animism. Islam serves as both the Tausugs’ belief system and their way of life.

The traditional, pre-sultanate political structure of the Tausugs was divided into two economic classes: the parianon or people of the landing, and the guimbahanon or hill people. They were led by the panglima. However, when the sultanate was finally formed, the panglima came under the rule of the sultan and were tasked to govern over the districts as datus or people of the court.

Couples are pre-arranged by parents, and during the wedding, the traditional Tausug wedding dance pangalay or fingernail dance is performed, accompanied by a kulintang ensemble.