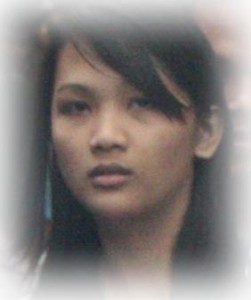 Probably the most well-known ethnic group in the Philippines is the Tagalog people. This comes as no surprise as Tagalog people speak the language of the same name, Tagalog, which is the foundation upon which the national language in the country Filipino was built. Not only that, but they also dominate the Filipino population with 30 million Tagalog people, making them the largest indigenous Filipino ethnolinguistic group.

The Tagalogs’ main heartland of culture is Manila, the capital city of the country. They are also primarily found in the National Capital Region, as well as in the provinces of Nueva Ecija, Batangas, Quezon, Cavite, Bulacan, Rizal, Laguna, Tarlac, Zambales, Marinduque, Bataan, Mindoro, and Aurora. They are predominantly Christians, with a significant number of Roman Catholics, and with minority Protestants and Muslims.

Dialects and Evolution of the Tagalog Language

The current Modern Tagalog has evolved from Old Tagalog, with its standard variation the one spoken in Manila. This Tagalog is also considered the official language of the country.

Tagalog has many dialects that are comprehensible to any Tagalog speaker. Five of these distinct dialects are Northern Tagalog, spoken in Nueva Ecija, Bulacan, Zambales, and Bataan, and has some words derived from Kapampangan and Ilocano; Southern Tagalog, used in Batangas and Quezon, which rarely, if ever, mixes English words with native words; Central Tagalog, with speakers from Manila, Cavite, Laguna, and Rizal (except Tanay), and in contrast to Southern Tagalog is usually mixed with English; Tagalog of Tanay, the most endangered Tagalog as it is the only remaining dialect in mainland Luzon that uses chiefly native words; and Marinduque Tagalog, regarded the purest Tagalog as it has little to no influence from past colonizers’ languages.

Interestingly, the majority of Tagalog speakers mix their native language with words, phrases, and sentences in English during informal conversations. In pop culture, this combination of two languages is called Taglish. This is due largely to American colonizers mandating the use of English in education, which is also why the majority of Filipinos can understand and speak English up to this day. Before this, Tagalog speakers used to speak Spanish from the 18th to the 19th century due to the Spanish colonizers’ influence in the country.

The ancient writing script of Filipinos is called baybayin. However, at present, it is sadly regarded as nearly extinct because only a few people still know how to read and write it. Attempts at reviving the use of baybayin, including proposals and House Bills to teach baybayin in schools, are ongoing. There is also a baybayin keyboard available to download on Android phones for those who are studying and using baybayin in a tech-savvy world.

Aside from their own script, the Tagalogs also have their own native poetry called the tanaga. It has four verses with seven syllables per verse and is known to be a popular form to express their feelings, teachings, and way of life.

The Boxer Codex details how high-society Tagalogs wore intricate clothes that illuminate their status, with the datus and katolonans having worn accessories made of high-quality materials. Slaves, on the other hand, wore simple clothing and linens. In later centuries, noble Tagalogs shifted to wearing the barong tagalog for males and the baro’t saya for females. After Philippine Independence, these became the national costume of the country since the majority of the wearers came from Manila.

Similar to most other ethnic groups in the country, the Tagalogs have plenty of festivals enmeshed in their culture. Most notable of these festivals are the Agawan Festival, known as the Happy Pandemonium, held every May 15th in Sariaya, Quezon; Sublian Festival, a two-week celebration honoring the image of the Holy Cross, culminating on July 23rd and held in various places in Batangas; Higantes Festival, honoring San Clemente, happening every November 22nd and 23rd in Angono, Rizal; Aurora Day, which celebrates the foundation of Aurora City in Quezon through week-long dance competitions and hilarious activities and is annually held from February 14th to 19th; and Malatarlak Festival, also known as the Melting Pot Festival, commemorating the origins of Tarlac City, Tarlac.

The Tagalogs are known for their unique dishes, such as sinigang, a sour and savory soup or stew; puto, a steamed rice cake traditionally made from galapong; bistek Tagalog, made of salted and peppered sirloin beef and is anglicized in Philippine English as “beefsteak”; and pastillas de leche, a well-loved milk candy dessert.