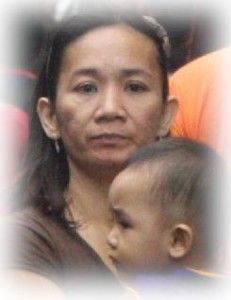 Among the eight Mangyan tribes are the Tadyawan tribesmen who occupy the province of Oriental Mindoro, specifically the towns of Naujan, Victoria, Socorro, Pola, Gloria, Pinamalayan, and Bansud. Similar to most Mangyans, Tadyawans’ traditional clothing comprises a red cloth on the chest and a white waist wraparound called talapi for women, and a g-string called abay for men. Men and women adorn themselves with bracelets and necklaces made of beads.

Approximately 4,150 speak their language of the same name Tadyawan, which belongs to the North Mangyan subgroup of the Philippine languages.

Tadyawans practice swidden agriculture, similar to the other Mangyan tribes. Oftentimes, they would also venture to the lowlands to sell their harvested crops and livestock. Additionally, just like the Iraya Mangyans, they would be seen eating mostly rice, bananas, sweet potatoes, and other root crops as their steady diet.

As mentioned above, the Mangyans are consisted of eight groups, namely, the Alangan, Bangon, Buhid, Hanunoo, Iraya, Ratagnon, Tawbuid, and the Tadyawan. These tribes live in the island of Mindoro, which is subdivided into Oriental and Occidental Mindoro. It is probable that they have migrated from Indonesia in prehistoric times and have stayed in Mindoro ever since.

The Tadyawan language, also called Tadianan, is primarily spoken in Oriental Mindoro, specifically by the Tadyawan Mangyans in the southern Lake Naujan, as well as in the towns of Barrio Talapaan and Happy Valley, both in Socorro, and in Pahilaan, Calatagan, in Pola.

Unfortunately, the Tadyawan language is considered an endangered one.

A Glimpse Into Their Lives

As an inevitable consequence of progress, indigenous tribes cope by discarding traditions in favor of more contemporary customs. Such is the case with Tadyawans. Their traditional attire is slowly giving way to modern clothing. Furthermore, Tadyawan households now have access to electricity, and while most members still live in nipa huts, cement houses can also be found in their community. Schools, health centers, and Catholic churches can also be found in some of their communities.

A significant number of Tadyawans have gone to school, with some even finishing degree courses. Not forgetting their roots, these graduates usually give back to their community by returning to their respective hometowns and practicing their profession there. Several of them work as nurses, doctors, teachers, and midwives at the service of their tribe.

Like most Mangyan tribes, the majority of Tadyawans worship nature spirits, with only four percent of their population believing in Christianity.