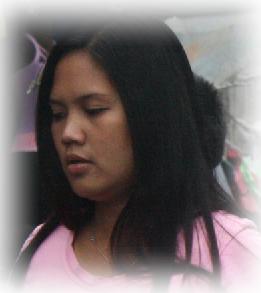 The surfing capital of the Philippines, Surigao, is where the roughly 1,000,000 Surigaonons can be found. These gentle and peace-loving people populate the areas of the coastal plain of Mindanao, particularly the provinces of Surigao del Norte, Surigao del Sur, and the Dinagat Islands. Accordingly, the Surigao provinces are popular for their picturesque nature and several cultural heritage sites.

Known as part of the larger Visayan group, Surigaonons speak the language of the same name Surigaonon, as well as Cebuano as a second language, with both languages sharing lexical similarities. Additionally, the Surigaonon language has a southern variety Tandaganon, which is spoken by roughly 100,000 people. Other names for this variety include Tinandag, Naturalis, and Tagon-on.

A huge number of Surigaonons are Roman Catholics. Thus, similar to most ethnic groups in the country, the people of Surigao celebrate several festivities that are linked with Catholic traditions and belief systems. Two of these are the Sakay-Sakay Abayan Festival on June 1, which features a sea procession to honor Virgen de la Paz y Buen Viaje, the Patron Saint of Good Voyage of Barangay Taft; and the Sto. Niño de Bad-asay Fiesta on January 14, which gives tribute to Barangay Serna’s feast of the Holy Child Jesus.

Other festivals by Surigaonons are linked with the province’s history and people. For example, one of their most popular festivals is the Bonok-Bonok Maradjaw Karadjaw Festival which is celebrated every September 9th. The merry-making of the indigenous Mamanwa natives is depicted through traditional ethnic dance rituals and street parties, as a token of gratitude for the good wealth and bountiful harvest amassed by Surigaonons within the year showered by their pagan gods.

Additionally, two other city festivals include the Charter Day Anniversary on August 31, which celebrates the day of Surigao’s cityhood, and the Commemoration of the Battle of Surigao Strait on October 25, which observes the naval battle that occurred during World War II in Barangay Lipata.

Surigaonons are also known for their culinary delicacies. These include the sayongsong, which is a kakanin or rice cake wrapped in banana leaves, and kinilaw, a dish made of raw fish that does not involve any type of cooking but is filled to the brim with exotic and delicious flavors.

The provinces of Surigao del Norte and Surigao del Sur, with their mangrove forests, mountainous islands rich in minerals, as well as their marine ecosystems, caves and tunnels, springs, lagoons, waterfalls, and whirlpools, are definitely dream destinations of any nature lover. It is not surprising that these provinces host several popular tourist spots.

Some of these must-see destinations are the Silop Cave in Barangay Silop, which is a massive cave system consisting of six caves; the Almont Beach Resort, which is a luxury hotel that is enveloped within the mountain of Lipata and reveals itself within a walking distance to the Battle of Surigao Strait; the Mabua Pebble Beach, which is made up of a multitude of smooth, multi-sized pebbles and almost no sand; and lastly, the Day-Asan Floating Village, also known as the “Little Venice of Surigao City,” which is a community village where island hopping is a must.

Suffice it to say that to learn about these locations is tantamount to getting a glimpse of what makes Surigaonons who they are as people.