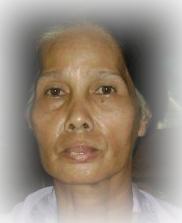 The Central Subanen concentrated in the eastern part of the Zamboanga Peninsula and in the Sulu archipelago.