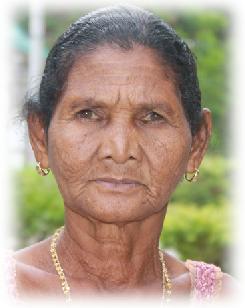 The Sambal people of Zambales are known to have been fierce warriors during pre-colonial times. Sambal is a collective name for three groups, namely, the Tina Sambal, Bolinao Sambal, and Botolan Sambal. These three groups can be differentiated by the languages they speak.

The Sambal people inhabit the western coastal areas of Central Luzon and the Zambales mountain range. They are known to worship a pantheon of gods.

The name Sambal has two possible origins. It could have come from the word samba, meaning “to worship,” as Spanish colonizers regarded the Sambals as highly superstitious people who worship the spirits of their ancestors. The other possible origin of the name Sambal is the Spanish word zambo, used by Iberian colonizers to describe people of African descent.

Before the Spanish colonized the Philippines, the Sambal people had a complex indigenous religion. This religion is composed of several deities and beings that share similarities with the Kapampangan and Tagalog deities.

In their religion, Malayari is the highest and most powerful deity. He is in essence the creator and main controller of the universe. Despite his omnipotence, Malayari does not perform his duties alone. He is helped by several minor deities called anito, with each one having a role to play in administering the affairs of the universe. Among the prominent ones are Akasi, Manglubar, Mangalagar, Anitun Tauo, Damulag, Dumagan, Kalasakas, and Kalasokus.

It is not only the deities that awaken the imagination of mythology enthusiasts; there are also several popular folkloric beings in Sambal mythology. Among them are Ani-ani, who can change into a man or a beast; Bacobaco, a great sea turtle that resides at the top of Mount Pinatubo; Binagoonan, an evil spirit that causes grave misfortune; Boroka, a being that eats human children’s livers; Camana, a being that can assume the form of small animals or becomes invisible; Kamanan Daplak, a tiny being that lives in trees; Mambubuno, a fish-like human female; Maniniblot, a female being that goes out to harm her enemies by prickling a tiny doll during the full moon; Mangkokolam, a supernatural being similar to Maniniblot that gives various diseases to people; and Patianak, a dwarf in the form of a little girl.

When we talk about famous destinations in Zambales, Mount Pinatubo would almost certainly come up. It is no surprise that it, too, is a source of various mythologies. These myths all center on the Pinatubo volcano erupting and the mythical creatures causing its eruption dwelling in it. These creatures are Malyari, a Kapampangan ruler of the eight rivers and the moon; Sinukuan, a Kapampangan sun god of war and death; Algao, the sun god, and Bacobaco, a great sea turtle, who battled it out and eventually caused Bacobaco to burrow into the top of Mount Pinatubo, creating a huge crater and emitting flames, rocks, and ashes. It is said that when Bacobaco resurfaces, Mount Pinatubo erupts.

The Sambals are composed of three groups of people dwelling mostly in Zambales, which can be distinguished by the languages they speak.

The Tina Sambal people refuse to be called by this name. They take it as a derogatory term because of its Spanish roots. Instead, they prefer to be called Sambal plus the place where it is spoken, such as the “Sambal Candelaria.” There are roughly 200,000 speakers of their language, with mostly older people using the language.

The Bolinao Sambals are settled in Pangasinan, particularly in Bolinao and Anda. There are approximately 105,000 speakers of Bolinao who can usually also speak Ilocano and Pangasinan. They are known for their various feasts, their mananatigwa or folk healer, their centuries-old churches, and their hospitable and hardworking yet fun-loving people.

The third and last group is the Botolan Sambals, with their language Botolan being spoken by around 72,000 people. Botolan is also known as Botolan Sambal or Zambal and has variety in some unique lexical items by the Aeta of Sitio Villar, Botolan, and Sitio Kakilingan, Santa Fe, Cabangan. A brief sad history of these people is that before Mount Pinatubo erupted in 1991, Botolan Sambals used to freely roam the mountains and forests of Zambales. However, the eruption destroyed their homes. Today, they live in resettlement areas around Zambales.