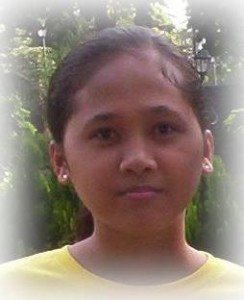 Beyond being the Marble Capital of the Philippines, Romblon Island is home to the indigenous group of the Romblomanon. The island has more to offer alongside its white beaches and natural wonders. As the local community shares their rich culture and tradition, here’s to better understanding their indigenous life.

Center of the Philippines

Ever wondered what lies near the center of the Philippines? That is Romblon Island on the Sibuyan Sea, with its cluster of islets that covers a total land area of approximately 1,530 square kilometers. In these islands live the Romblomanon, an ethnic group that shares a linguistic link to the Visayan group of languages.

As the people shaped their lives according to the natural resources they have, many lived as fisherfolks and farmers. The island provides them with an ample supply of food and other raw materials. As the Romblomanon people thrive on the island, they share their cultural knowledge with the rest of the country through various forms.

When marble deposits were discovered in Romblon, the people utilized these deposits and created a thriving marble industry. They created marble eggs, mortars and pestles, religious icons, and other souvenirs to sell, which helped their local economy. However, the Romblomanons have other skills to offer.

More than fisherfolk, farmers, and marble sculptors, the women in the Romblomanon community are known for their traditional weaving and basketry, as well as delicate crochet laces and bedspreads. These products have turned into a handicraft industry that helps the local economy just as much as the marble industry.

Throughout Romblon’s history, local artisans have shown great skills. Romblomanons are known to create intricate woodwork, evident in the distinct adornments on old public buildings and private houses. Influences from different styles can be observed on the massive doors and Byzantine-style altars in the Saint Joseph Cathedral in the town of Romblon, as well as the forts on hills above the town.

The colorful and rich works of the Romblomanon are not limited to the products they create for commerce. The island also displays its people’s skills as they celebrate various festivals where the residents plan, design, and enjoy such events.

One of the most famous festivals in the region is the Biniray Festival celebrated every second week of January. This is an event that honors the Señor Santo Niño. Some may say that it is similar to the Sinulog Festival of Cebu, but such a celebration features the people’s history as well as their faith. Locals and tourists enjoy the festivities through dancing and other activities to honor the Santo Niño.

Another festival is the Talabukon, which is also a religious celebration. This time in the city of Looc, the people honor St. Joseph every third week of April. However, the festival’s other unique feature is that it celebrates the people’s belief that a genie once saved the town folks. The Romblomanons enjoy the celebration through energetic street-dancing competitions among the barangays.

The Romblomanon people have a rich linguistic background. The Romblomanon language belongs to the Visayan group of languages but is distinct from Hiligaynon, which makes it interesting for linguists.

Such an evident growth and continuous life of an ethnic community show how the actions of each member can help preserve its indigenous culture, tradition, and beliefs. There is more to the Romblomanon, and it is good to have a quick look into their lives before jumping on a plane trip to Romblon and visiting the beautiful local attractions.