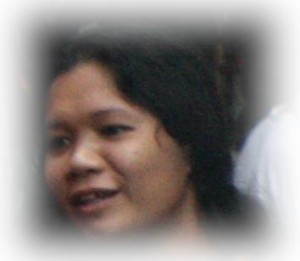 The Mangyan tribesmen that are believed not to be original settlers of Mindoro are the Ratagnon Mangyans, who are also called Datagnons and Latagnons. This is due largely to their language of the same name, Ratagnon, being closely similar to the language in Palawan Cuyonon.

The Ratagnons are one of the eight Mangyan tribes, who can be found in the southern tip of Occidental Mindoro, which is close to the Sulu Sea. Specifically, they are near both the aquatic route going to Busuanga Island in northernmost Palawan, as well as in Cuyo Islands, which are the two places where the Cayunon language is spoken.

While their custom of wearing traditional clothing is very much alive, one big hurdle that the Ratagnon tribesmen need to overcome is the looming extinction of their native language.

A Language by Five People

Members of the Ratagnon tribe now opt to use Tagalog instead of their own to communicate due to modernization. In fact, today, there are only two to five speakers of their native language out of the 2,000 total Ratagnon ethnic population.

The Ratagnon language is part of the Bisayan language family that closely resembles Cuyonon, spoken by residents of Cuyo Islands in the northern part of Palawan. This similarity is due mainly to the migration of people from Cuyo Islands to Mindoro around the mid-19th century.

The differences between the two languages lie in the dropped schwa /ə/ sound by the Ratagnons, where they instead opt to use the “u/o” sound, as well as lexical terminologies in the Ratagnon language that are shared with the other Mangyan tribes and to some extent have been borrowed from Spanish.

If the language of Ratagnons is near its demise, the opposite can be said for their native clothing. Presently, Ratagnons maintain their traditional clothes of a knee-length wraparound skirt and woven breast coverings made of nito for women, and a g-string or traditional loincloth for men.

Aside from their g-strings, Ratagnon men also wear jackets featuring simple embroidery during gala festivals. Additionally, some would carry flint, tinder, and other materials that can be used for making a fire during these festivities.

Interestingly, one way to distinguish Ratagnons from the seven other Mangyan tribes is through their rattan coils that are dyed red. These coils are worn by both men and women around their waistlines. Aside from these coils, the Ratagnon also wear accessories made of beads and copper wire.

Ratagnons would also be seen carrying betel chew and the ingredients in bamboo containers, as members of other Mangyan tribes would.